The father of the Delhi gangrape victim on Thursday urged the Centre to name the proposed new anti-rape law after his daughter, saying it would be an honour to his daughter, who died in a Singapore hospital on December 29.

"I want the revised anti-rape law to be named after my daughter. It will be an honour for her. If there is some problem in doing so due to certain constitutional provisions, the Centre could amend them. Such a move will also be in accordance with the public sentiment," said the father of the 23-year-old victim.

"We will be sad if the anti-rape law is not named after our daughter," he said.

Demanding timely justice against the rapists, he said that he was satisfied with the Delhi police's action.

The father also demanded that the Uttar Pradesh government set up a hospital in his village, stating that it had been one of the wishes expressed by his daughter.

The home ministry has indicated that the revised law, which is expected to be stringent and is expected to facilitate speedier justice, is unlikely to be named after the girl.

The victim had died last Saturday after battling for her life for nearly two weeks.

Minister of State Shashi Tharoor had favoured naming the revised anti-rape law after the victim.

"If the family of the victim has given its approval to the law being named after the rape victim, I have no objections to it," Mayawati had said, adding, "The central government should convene an all-party meeting and take a decision after arriving at a consensus." 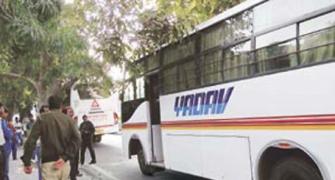 Friend saved Delhi rape victim from being run over by bus 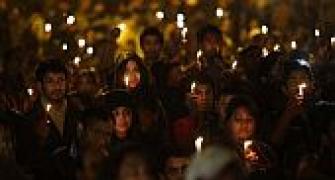