The ancient Nalanda University re-started its academic session on Monday in a low-key manner at its newly-established campus at Rajgir. 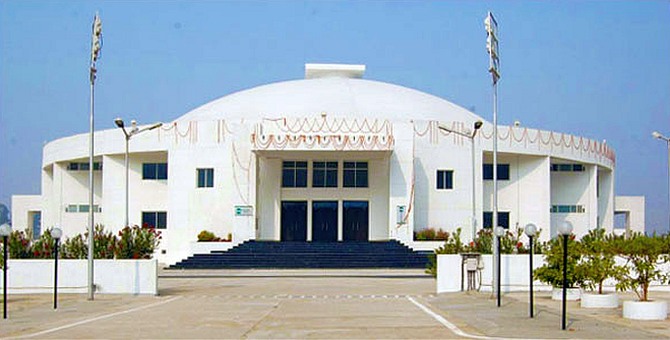 “We started classes on Monday morning with 12 students and six faculty members. The number of students and faculty will go up by the end of September as process to enrol students and select faculty is still on,” University Vice Chancellor Gopa Sabhrawal said.

Initially, classes are being held at the International Convention Centre at Rajgir -- a Buddhist pilgrimage centre located about 100 km from Patna and 10 km from the ruins of the ancient NalandaUniversity where the new campus is coming up.

For now, the university has started with only two schools -- School of Historical Sciences and School of Environment and Ecology.

The university has proposed to start seven schools for postgraduate and research students ahead of its scheduled completion by 2020.

"More than a thousand students from various countries across the globe had applied for the seven schools on different subjects that will function at the university, of which only 15, including one each from Japan and Bhutan, were selected," said the VC.

The students enrolled in the two schools of NalandaUniversity will be provided hostel accommodation in Hotel Tathagat, which is owned by the Bihar State Tourism Development Corporation in Rajgir.

Rajgir attracts thousands of tourists from all over the world every year.

It is the second-most visited tourist place in the Buddhist circuit in Bihar after Bodh Gaya, the birthplace of Buddhism where Gautam Buddha attained enlightenment over 2,500 years ago.

was the first capital of the Magadha kingdom and one of the favourite places of the Buddha.

The university will be fully residential like its ancient avatar.

It will offer courses in science, philosophy and spirituality as well as social sciences. The union government has sanctioned Rs 2,700 crore for it. 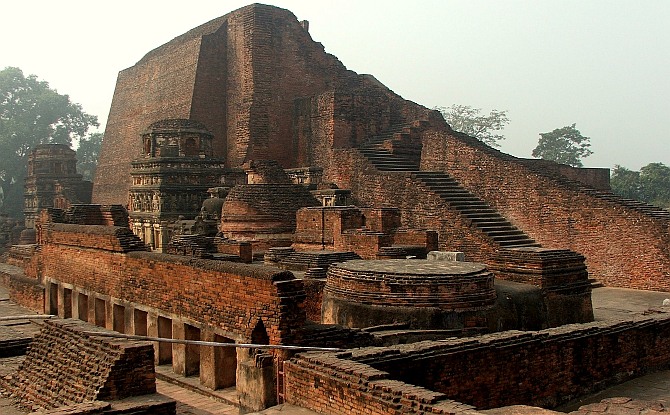 The ancient university was frequented by thousands of scholars and thinkers from across the world till the 12th century. It was destroyed by the invading Turkish army of Bakhtiyar Khilji who set it on fire. The fire in the huge library is believed to have raged for several days.

An eight-kilometre boundary wall marks the 446-acre campus where the modern centre of excellence is to come up.

Last year, the Nalanda board had approved the architectural plan of the proposed university.

The architectural design approved for the new university has proposed a massive lake at the centre of the campus. The library, a huge dome-shaped structure, would come up in the middle of the lake and be half submerged.

Award winning architect Dr Bal Krishna V Doshi and Rajeev Kathpalia of Vastu Shilpa Consultants, an Ahmedabad-based firm, has been hired for developing the architectural designs and masterplan for the Nalanda University.

"We hope that construction of the university campus will start from February 2015," Shabrawal said.

China has already committed $1 million for the project while Singapore has pledged $5-6 million and Australia about AUD 1 million. All the funds have been committed on a voluntary basis.

During his trip to Brunei last October, Manmohan Singh, the then prime minister, had inked agreements with seven EAS countries that pledged their commitment to the Nalanda University project. The memorandums of understanding were signed with Australia, Cambodia, Singapore, Brunei, New Zealand, Laos and Myanmar.