Nagaland Cabinet in a resolution has recommended the Central government to create an autonomous council encompassing four eastern districts of Tuensang, Mon, Longleng and Kiphire- against the backdrop of the demand for a separate state of 'Frontier Nagaland' by the Eastern Naga Peoples' Organisation.

The cabinet recommended creation of an autonomous council under the provisions of the Sixth Schedule of the Constitution of India.

Once the government approves the proposal, the Autonomous Council of the four districts would have authority to administer the area and have legislative, administrative, executive and financial powers.

An official source informed that the state cabinet took note of the resolution adopted at a joint meeting of members of Parliament and legislators of the ruling Democratic Alliance of Nagaland held on July 10 last, which had recommended to the cabinet, the creation of an autonomous council for areas falling within the jurisdiction of eastern Nagaland Public Organisation.

Accordingly, the Nagaland government will forward the proposal for creation of the autonomous council of ENPO areas to the government of India "for consideration."

The Cabinet proposal mentioned that the recommendation of the cabinet had a "certain historical background" that was reflected in the provisions of Article 371-A (2) of the Constitution of India.

The Cabinet also took note that the four districts in question were comparatively less developed.

The cabinet had earlier on November 25 last year deliberated on the prime minister's note seeking the state government's views on the memorandum submitted by the ENPO demanding a separate state, comprising of the four districts of Tuensang, Mon, Longleng and Kiphire.

A high level official committee headed by the state chief secretary, formed by the cabinet to study the ENPO's demand as well as other points it raised, had submitted its findings and recommendations to the state government on May 23 this year.

Subsequently, the cabinet further constituted five sub-committees, to pursue the findings as contained in the high level committee report.

These five sub-committees have already begun work to find solutions and redress grievances and other problems as highlighted both the ENPO memorandum to the PM as well as the report of the high level official committee, "provided it is the desire of the people" to be expressed in a democratic manner through their constitutionally-elected representatives, including other popularly-accepted public organisations and platforms.

The four districts in question have border with Myanmar and have been witness to battles for supremacy between two Naga rebel groups in truce -- NSCN- Isak-Muivah and NSCN- Khaplang-- on occasions in the past. 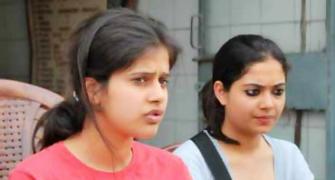