Dissident leader Nabam Tuki was on Tuesday sworn in as Arunachal Pradesh's seventh chief minister, ending a two-week-long political drama over the demand for leadership change.

Tuki, who had led the dissent against his predecessor Jarbom Gamlin, was sworn in by Governor J J Singh in the presence of All India Congress Committee observers Union Power Minister Sushil Kumar Shinde, former DoNER minister B K Handique and the party's general secretary and in-charge of Arunachal Pradesh Dhaniram Shandil.

Tuki, the first chief minister from the Nyishi community, told reporters that his priority was to maintain communal harmony among all tribes for development of the land-locked state.

Tuki was chosen as Gamlin's successor by the Congress high command after the latter stepped down.

On Monday, 40 of 42 Congress legislators signed a one-point resolution authorising All India Congress Committee president Sonia Gandhi to appoint a new CLP leader in the state.

Gamlin, who was sworn in as chief minister on May 5 after the death of former chief minister Dorjee Khandu, had in his resignation letter recommended the names of Power (Electrical) Minister Setong Sena and Finance Minister Kalikho Pul for the top job, official sources said.

The change in leadership was demanded by a majority of Congress legislators led by Tuki.

On October 29, both Gamlin and Tuki had offered to resign from their posts. The AICC president had met both of them that evening.

The rift between Tuki and Gamlin had become a major issue, dividing the party along ethnic lines in the state, with the majority of Congress legislators demanding Gamlin's resignation for his alleged 'authoritarian rule'.

Besides 42 members of the Congress, Trinamool Congress has five members in the 60-member house, the Nationalist Congress Party has five members, People's Party of Arunachal has four members and the Bharatiya Janata Party has three members.

Trinamool Congress and NCP provide outside support to the Congress government.

Outlining his government's agenda, Tuki said, "I will ensure that rule of the law prevails in Arunachal. I swear to give my heart and soul to the onerous job not only as a leader, but as a friend and brother to all irrespective of tribe, caste, religion and gender as well as political affiliations".

"I am a firm believer in inclusive governance and the participation of every community, every leader and every citizen of the state in the developmental and welfare initiatives. Together we can march ahead with guaranteed success," he said.

Tuki said his government would respect all issue-based and democratic agitations and sort it out by taking the organisers into confidence.

Appealing to indigenous communities not to be carried away by a few vested interests, he said, "The communal harmony and bonding between tribes of the state is unshakable since hundreds of years.

"Let's not shake it now, not in a civilised and educated world of today. When the majority of the citizens are together and united, the minority of ill-intentioned persons can never harm or even shake the communal harmony prevailing since ages," he said. 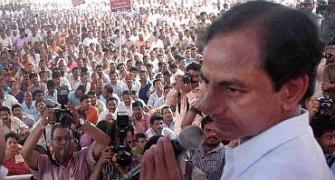 Fed up with KCR, Telangana activists to form anti-TRS party 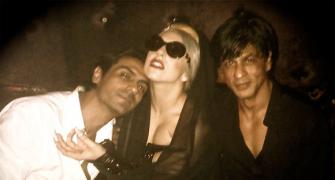