My tweets are interactive Akashvani: Tharoor

Minister of State for External Affairs Shashi Tharoor has defended his tweets, saying they are 'interactive Akashvani', but has expressed regret over the distortion of his comments.

"This is an extended and very informal conversation with a large number of people. I have over seven lakh people who are reading what I have to say, who react to what I have to say and who also put up questions to me," Tharoor said.

"It's a kind of interactive Akashvani. That is the whole purpose of this kind of communication," he added.

The minister was in the spotlight earlier for his 'holy cow' and 'cattle class' comments on Twitter, on the government's austerity measures, as well his questioning of the government's immigration policy.

In an apparent reference to journalists, he said, "If anybody wants to quote it, I don't  have any objections. But incidentally, if anyone wants to distort it, I regret that."

He said what he writes on Twitter is 'out there for everyone to see'. Asked if he would be always available on Twitter, Tharoor quipped, "Right now there are many ways you can get me, like radio and television."

Source: PTI© Copyright 2021 PTI. All rights reserved. Republication or redistribution of PTI content, including by framing or similar means, is expressly prohibited without the prior written consent.
Related News: Akashvani, State for External, Shashi Tharoor
SHARE THIS STORY
Print this article 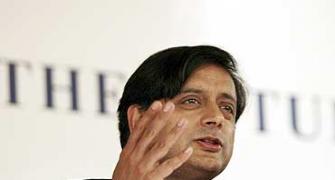 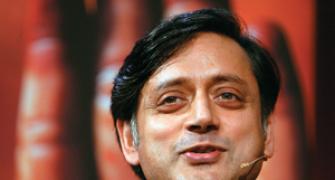 My dilemma with Shashi Tharoor