Must defeat forces dividing communities for their interests: PM Prime Minister Narendra Modi on Friday targeted the previous Congress-led governments, saying they were 'not serious' about poverty alleviation and their sole objective was to promote the 'name of a particular family'.

Addressing a gathering in Shirdi after launching several public welfare works, Modi sought to highlight the difference between his government and the previous governments and said the current dispensation was 'working faster' on development and welfare projects.

"In the last four years, the government has made serious efforts to provide proper houses to the poor living in shanties.

"Efforts were made in the past too. But unfortunately, their sole objective was to promote the name of a particular family, instead of empowering the poor by giving them shelter. Their aim was to create a vote-bank," he said, in an apparent reference to the Nehru-Gandhi family.

"Our target is to ensure that there is not a single homeless person in India by 2022, when the country celebrates its 75th years of Independence. We are making serious efforts for the uplift of the poor," he said.

The objective of the present government, Modi said, is only welfare of the poor.

"Because of this, the poverty alleviation works have expedited," he added.

Modi observed that the previous regime built only 25 lakh houses for the poor in its last four years of rule, while his government has constructed 1.25 crore houses in the same time span.

"It would have taken 20 years to construct 1.25 crore houses, had the previous government been still in power," he said.

Modi also talked about the Centre's Ayushman Bharat healthcare scheme and assured assistance to Maharashtra government in view of the water shortage caused by deficient rainfall.

Before his address, Modi performed puja at the Saibaba temple. He also participated in an event marking the conclusion of the year-long Saibaba Samadhi centenary programme organised by the Shri Saibaba Sansthan Trust.

He also issued a silver coin in the name of Saibaba.

Modi said the Pradhan Mantri Aawas Yojana (PMAY) was his government's endeavour to eradicate poverty and urged the beneficiaries of the scheme to empower their next generations through education.

Modi said those who have got pucca houses under the scheme should also avail the benefits of the Ayushman Bharat healthcare scheme.

"You will get my letter. If you submit it to the hospital, you will get a gold card, through which you can avail assistance for hospitalisation of family members. For serious illnesses, Rs 5 lakh per year to each family will be given," he said.

Interacting with the beneficiaries mostly in Marathi, Modi asked if the quality of houses under the PMAY was good and if they had to bribe anyone to get the funds for the houses.

When the beneficiaries replied in the negative, he said under the NDA rule, the middlemen have become helpless.

While interacting with people from tribal-dominated Nandurbar district, Modi recalled how he used to visit the place frequently in the past and have 'Chaudhary ki chai'.

He said just like he speaks Marathi, people from Nandurbar can also speak Gujarati. "After all, you are our bigger neighbour," he said.

He asked a beneficiary, Ahilya Padvi, if she would be able to welcome more visitors in her new house now.

When Modi asked the women beneficiaries in Thane how many of them were educated, only one raised her hand.

To this, he said, "You should ensure that your next generation gets education. The housing scheme is a fight against poverty and along with new houses you can avail health benefits under the Ayushman Bharat scheme."

To the beneficiaries in Solapur, he asked if the men were angry as the ownership of the house was given to women. To this, the women said it was a good decision.

Interacting with the beneficiaries in Satara, the prime minister said he had a special connect with the place since his teacher Laxman Namdar hailed from there.

He also asked people in Latur if they knew about the government's Ayushman Bharat Yojana and the cleanliness drive. He told them to promote the schemes in their villages.

Speaking on the occasion, Chief Minister Devendra Fadnavis said 2.5 lakh beneficiaries got ownership of houses under the PMAY on Friday.

He said the state wanted six lakh more houses and if allotted, they would construct them by October next year.

"Construction of four and a half lakh houses is on and will be completed by December this year," he said. 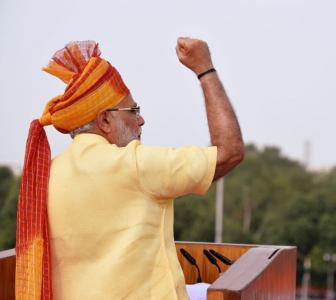 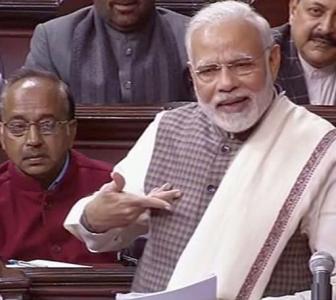 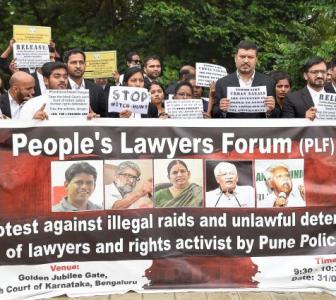