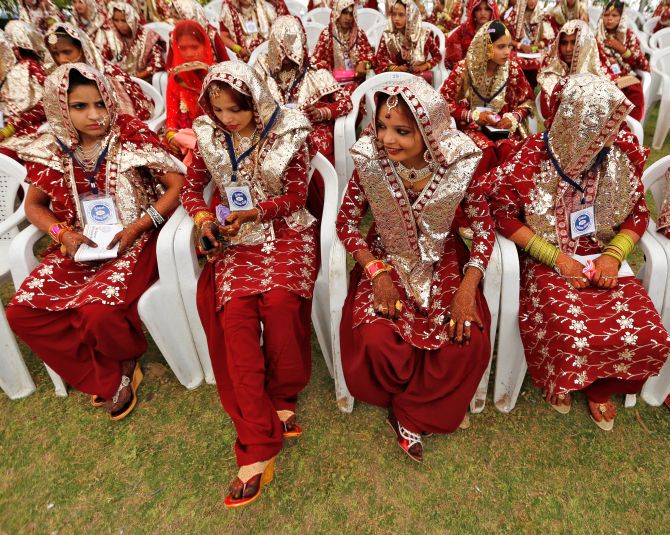 The triple talaq bill is against the provisions of the Constitution and violates the rights of women, the All India Muslim Personal Law Board said on Sunday, demanding its withdrawal.

Describing it as a “conspiracy”, the AIMPLB also accused the government of snatching the right of divorce from men.

The chairman of the board, Maulana Rabe Hasani Nadwi, will request Prime Minister Narendra Modi to withhold or withdraw the proposed bill that criminalises the practice of instant divorce, an official spokesperson of the Muslim body said.

“The board is of the view that the triple talaq bill is against the Constitution, rights of women and Shariah (Islamic law). Apart from this, it is also an an attempt to interfere with the Muslim personal law. If this bill becomes a law, then women will face a host of difficulties,” said Maulana Khalil-ur-Rehman Sajjad Nomani, the spokesperson of the AIMPLB.

“The proposed bill is against the basic principles of the Constitution. It is highly objectionable that the Centre did not consult the AIMPLB, any Muslim organisation or any stakeholder before preparing the draft of the bill,” he alleged.

The Muslim Women Protection of Rights on Marriage Bill, prepared by an inter-ministerial group headed by Home Minister Rajnath Singh, will be introduced by the government in Parliament next week.

Nomani claimed that triple talaq, which has been termed “unconstitutional” by the Supreme Court, has been thrown into a web of “criminal procedures” by the Centre.

“We request the Centre not to present the bill in Parliament. If the government feels that it is very important, then it should first speak to the Muslim Personal Law Board and Muslim women organisations,” the spokesperson said.

“Seeing the provisions of the bill, it seems that the government wants to snatch the right of divorce from men. This is a big conspiracy. The draft of the bill also states that triple talaq (talaq-e-biddat) and other forms of talaq will be banned,” Nomani said.

Senior woman member of the board Asma Zehra said, “The proposed bill of the Centre is against the interest of Muslim women. If a husband gives triple talaq to his wife, and is jailed for three years, then how will the woman make her ends meet and look after her children.”

The proposed law would give power to the victim to approach a magistrate seeking “subsistence allowance” for herself and minor children. The woman can also seek the custody of her minor children from the magistrate who will take a final call on the issue.