Condemning the killing of a senior journalist of English tabloid Mid-Day in Mumbai on Saturday, Information and Broadcasting Minister Ambika Soni said no civilised society can tolerate this kind of attack on the freedom of the press.

"This act has challenged the freedom of press and the perusal of objective reporting. This incident is a sign of insanity perpetuated by mindless individuals in which innocent citizens are killed. No civilised society can tolerate this kind of attack on the freedom of press," she said in a condolence message.

She expressed confidence that the "home minister of Maharashtra will live up to his assurance of tracking down the assailants in the shortest possible time".

Dey, 56, who was working as the editor (special investigation) with the tabloid, was shot dead on Saturday by four unidentified persons who pumped nine bullets into him in Mumbai.

Condemning the incident, the prime minister's media advisor Harish Khare termed it as "shocking" and "unacceptable".

Bharatiya Janata Party president Nitin Gadkari condemned the killing of the journalist,  saying the incident shows the deterioration of law and order in Maharashtra.

"The gruesome murder of the senior journalist is a very shocking incident. Mumbai has lost a brave journalist. I condole his death and condemn the dastardly crime. This incident has shown the deterioration of law and order in Maharashtra," Gadkari said in a statement issued by the Maharashtra BJP.

Meanwhile, Mumbai Congress president Kripashankar Singh described the incident as an "attack on democracy" and demanded that the state home department bring the culprits to book at the earliest. 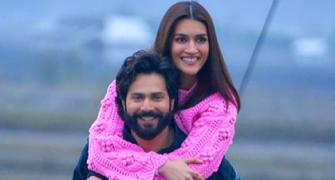