I cannot find words to condemn the barbaric acts of terror that resulted in the senseless killing and injuring of innocent people in Mumbai on Wednesday. I understand the shock and outrage of the people of Mumbai. I share their pain, anguish and anger.

I have come here in solidarity with the people of Mumbai. I extend my deepest condolences and sympathies to those who have suffered in this terrible tragedy. The need of the hour is to look after their medical and other immediate needs.

I have asked the state government to ensure that all support is provided so that these families can overcome the tragedy and rebuild their lives.

We have already announced ex gratia payment of Rs.2 lakh to the next of kin of those killed and Rs 1 lakh to those injured from the Prime Minister's National Relief Fund.

The central government and the state government have acted quickly to deal with the situation. I have asked the chief minister of Maharashtra and the union home minister to continue to coordinate their efforts and resources to relentlessly pursue the perpetrators.

They must be brought to justice quickly and be subject to the rule of law that they have sought to subvert. I seek the cooperation of all citizens in this effort. We owe this to the grieving families.

I assure the people that the government will do everything in its power to prevent such attacks in the future. In the final analysis, it is the unity and strength of the people that will defeat these efforts to divide our people and destroy our civilised way of life.
Related News: Mumbai, Maharashtra
Print this article
Eyewitness: My first experience with terror
Braveheart Varsha makes it back from nightmare 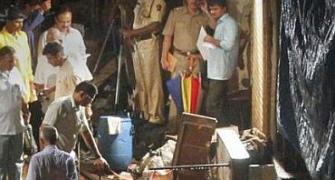 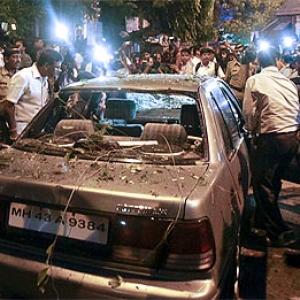