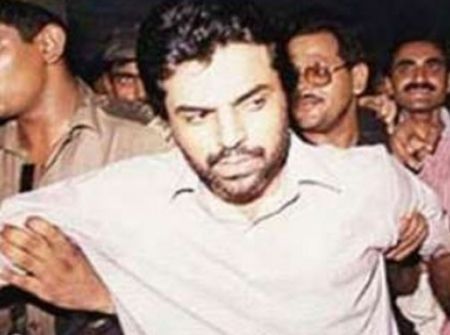 Yakub Abdul Razak Memon, the lone death row convict in the 1993 Mumbai serial blasts that left 257 dead and over 700 injured, will hang with the Supreme Court on Tuesday dismissing his curative petition, the last legal remedy available to avoid execution of death sentence.

Over 22 years after the metropolis, then known as Bombay, was rocked by 12 coordinated blasts allegedly masterminded by fugitive underworld don Dawood Ibrahim, Memon, a key conspirator, who was described by the Supreme Court as the "driving spirit" behind the worst terror strike in the city, would be sent to the gallows on July 30.

A three judge bench headed by Chief Justice H L Dattu rejected Memon's plea, saying that the grounds raised by him do not fall within the principles laid down by the apex court in 2002 for deciding curative petitions.

Memon, in his plea, had claimed he was suffering from schizophrenia since 1996 and remained behind the bars for nearly 20 years. He had sought commutation of death penalty contending that a convict cannot be awarded life term and the extreme penalty simultaneously for the same offence.

The apex court said, "The petitioner has raised certain grounds in the curative petition which would not fall within the principles laid down in the case of Rupa Ashok Hurra vs Ashok Hurra....

The apex court had on April 9 this year dismissed Memon's petition seeking review of the his death sentence which was upheld on March 21, 2013. President Pranab Mukherjee had earlier rejected his mercy petition in May 2014.

The Supreme Court, while upholding the death sentence to Memon, a chartered accountant by profession, on March 21, 2013, described him as the "driving spirit" behind the carnage that followed the communal riots of 1992.

The Supreme Court had also upheld the life sentence awarded to 23 others, including Yakub brother Essa, who was found guilty of conspiracy and allowing the use of his flat at Al-Hussaini building at Mahim for meetings to plan the blasts and storing arms and ammunition, and sister-in-law Rubina, who arranged finances and allowed her car to be used by terrorists for carrying co-conspirators, arms, ammunition and explosives.

Yakub was arrested on August 6, 1994 when he arrived at Delhi Airport from Khatmandu. He had claimed he felt remorse and wanted to surrender.

Yakub's elder brother Tiger Memon, a close Dawood associate and some other conspirators, including the fugitive mobster's right hand man Chhota Shakeel, are believed to have taken shelter in Pakistan.

Meanwhile, Ujjwal Nikam, the Special Public Prosecutor in the case, described the SC verdict as "historic" that would "send a strong signal to the people in the country and across the border that guilty would not be spared".

The Government of India would get a boost with this judgement to prevail upon the international community to bring pressure on Pakistan to deport Dawood Ibrahim and Tiger Memon who masterminded the blasts in which 257 persons were killed and 713 were injured, Nikam said. He said Yakub had helped arrange for funds for the blasts and sent at least 13 to 14 accused to Pakistan from Mumbai via Dubai for training in handling of arms and ammunition.

The former TADA court judge P D Kode, who sentenced Yakub Memon to death in 2007 in the Mumbai serial blasts case, on Tuesday said he was certain that the Supreme Court had dismissed his curative petition on merits.

"I have full faith in the Supreme Court and feel sure that it has decided Yakub's case on merits, though I am not aware of the grounds cited by him in the petition," Kode told PTI.

For the apex court, the issue of human rights and liberty is of paramount significance and it always ensures that there is no miscarriage of justice, said Kode, who retired as a high court judge sometime ago.

Recalling the marathon trial before the TADA court over which he presided, Kode said the investigating agencies -- Mumbai police and CBI -- had done an excellent job in arresting more than 100 accused and filing chargesheet in a record time.

He also appreciated the evidence adduced by theprosecution and said it was an excellent job.

"I have vivid memories of the trial which lasted for more than a decade," said Kode, who convicted 100 accused in this case.

"During the trial, several political parties came to power in the state. Every political party has its own ideology but all of them were unanimous in holding that they were opposed to terrorism and would act with a firm hand against people doing such acts," the judge said.

Kode had awarded death sentence to 12 accused, including Yakub. All of them appealed in the Supreme Court, one of them died when the hearing was pending. The SC commuted death sentence to life sentence in the case of 10 convicts leaving only Yakub to face the death penalty.

Meanwhile, the Shiv Sena has hailed the Supreme Court's decision, saying a strong message had gone out that terror activities will not be tolerated under the present dispensation. "Prime Minister Narendra Modi has given a message that those who indulge in terror acts against India will be hanged. I welcome this message and I thank the Prime Minister," senior Shiv Sena leader Ramdas Kadam said in Mumbai.

BJP spokesperson Shaina NC said the apex court verdict has sent a message that terror has no place in our society.

Maharashtra's Samajwadi Party MLA Abu Azmi, who was himself arrested in the case before being let off, said, "I welcome the court's decision with bowed head. Someone had come to surrender. A noted counsel had said that the prosecution obtained a treasure trove of information (from him)," Azmi said, maintaining Memon had returned to India to surrender.

"The information he provided played an important role in the trial of the 1993 blasts case accused but instead of being treated as an approver of sorts, he became a fall guy," he said.