After committing support to the United Progressive Alliance, Samajwadi Party chief Mulayam Singh Yadav on Saturday ruled out his involvement in formation of third front before the next Lok Sabha polls even though he had an intriguing meeting with Sukhbir Badal, President of national Democractic Alliance's key constituent Akali Dal.

Yadav went to the residence of Badal, son of Punjab Chief Minister Parkash Singh Badal, and is understood to have discussed the possibility of the two parties joining forces in the event of formation of a non-Congress government, sources said.

During the 30-minute meeting, the SP chief is believed to have talked about the senior Badal getting a larger role at national level, the sources said. Sukhbir Badal, who is Punjab deputy chief minister, refused to say anything on the meeting.

However, party spokesman B S Ramoowalia, who was present during the meeting, said Yadav sought Akali support to "save the nation from the economic crisis due to the policies of the Congress-led government at the Centre, especially with regard to recent decision of allowing FDI in multi-brand retail."

Hours later, Yadav was asked by reporters whether he had met Badal as part of efforts to explore the possibility of forming a third front.

"I have never said the third front is being made. I said that it will be formed after elections. Any (political) equation will take place after election only," he responded.

He said he had met Sukhbir Badal as he is the son of Prakash Singh Badal. "I have good relations with him. The meeting could not happen for a long time so I went to meet him on Saturday."

Denying that the meeting was an effort in the direction of forming a third front, Singh said that 'no efforts 'are being done to form such an alliance.

Asked whether he would be meeting Biju Janata Dal chief Naveen Patnaik on Sunday as is speculated, Yadav said, "There is no such plan."

Sources said Yadav's meeting with the junior Badal is also an attempt by him to explore possibilities of seeking NDA's support, in case the present Congress-led government loses majority.

Yadav is reported to have held over half an hour of discussion with Sukhbir Badal where his MP wife Harsimrat Badal was also present. On whether he can bring along all regional parties on a national stage, Singh said Uttar Pradesh- ruled by his son Akhilesh Yadav- is bigger than at least seven states in the country and terming SP a regional party is just a state of mind.

On whether he will support any resolution passed by Trinamool Congress Chief Mamata Bannerjee to oppose FDI in multi-brand retail, he said, "Ask this when any such resolution comes in the Lok Sabha."

Brushing aside allegations by other political parties that he keeps changing his stand, Yadav said, "Now no one will say this. Mulayam Singh sticks to what he says."

Replying to a poser on protest in a program attended by Prime Minister Manmohan Singh, where the protester shouted slogans and took out his shirt, he said everyone has his way to protest.

"Everyone has his way to protest. We protested in our way along with CPI, CPM, (Chandrababu) Naidu was also with us. Total eight parties protested," the SP chief said.
PTI
Source: PTI© Copyright 2020 PTI. All rights reserved. Republication or redistribution of PTI content, including by framing or similar means, is expressly prohibited without the prior written consent.
SHARE THIS STORY
Print this article
Yadav's five-for gives Rest edge despite Bist ton
'Anti-Islamic' Bajrang Dal leader on terror hit-list
Rift within NDA; Akalis want to listen to PM 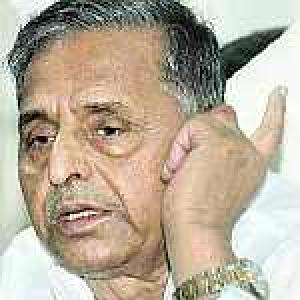 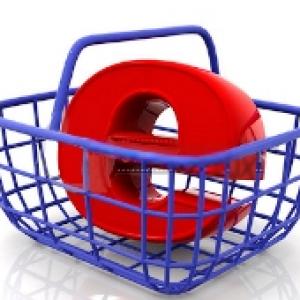