Mubarak in 'critical' condition in jail

Egypt's ousted president Hosni Mubarak is in a "critical" condition in jail suffering from breathing difficulties, nervous breakdown and depression after being sentenced to life imprisonment for complicity in the killing of protesters to his 30-year rule.

Prison officials said that 84-year-old Mubarak had collapsed several times and had to be placed on ventilators for breathing disorders.

Mubarak has been given artificial respiration five times in the last few hours and he remains in a 'critical' condition following his incarceration in Tora prison on June 2, an official was quoted by Ahram Online as saying.

Egypt's former leader may be transferred to a military or private hospital for further treatment due to his deterioration.

Mubarak's wife, former first lady Suzanne, has also requested that he be moved from the Tora Prison Hospital where he has been detained since he was given a life sentence last week.

The Tora Prison Hospital administration has reportedly brought in a team of cardiologists who examined the ousted president and diagnosed him as suffering from a nervous breakdown, depression, high blood pressure and breathing problem.

Mubarak's elder son, Gamal has been moved to a ward next to the hospital to allow him to monitor his father in the intensive care unit.

Speaking on condition of anonymity, the officials said Mubarak has lost weight and is having difficulty in walking, but doctors managed to convince him to take his medicine, which he was initially refusing.

Doctors are submitting a medical report to Interior Minister Prisons Department Chief Mohamed Naguib, who would hand them over to the public prosecution.

The former president has not been allowed to keep his personal guards in the jail hospital.

Mubarak was sentenced on Saturday for failing to stop killings of protesters during last year's mass uprising that toppled him.

His conviction saw him transferred to prison. Earlier, he had been in hospitals, first in his favourite Red Sea resort of Sharm el-Sheik and later at a suite in a military hospital on the outskirts of Cairo.

Mubarak's sons Alaa and Gamal were acquitted in corruption charges, but are still held over a separate trial on charges of insider trading. 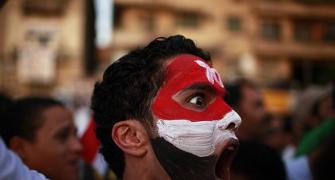 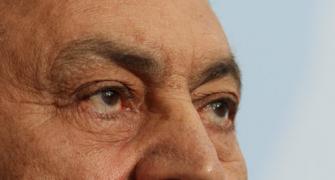