The Bharatiya Janata Party on Sunday criticised Prime Minister Manmohan Singh's remarks that those who oppose Foreign Direct Investment in retail are "ignorant", saying it is not the Opposition which is ignorant, but the United Progressive Alliance government and the Congress Party.

Addressing a press conference, senior BJP Leader M Venkaiah Naidu said the Congress-led government in Kerala had opposed FDI and the Nationalist Congress Party, a partner in the UPA coalition, said it will take a decision on implementing FDI in Maharashtra after holding consultations.

The Dravida Munnettra Kazhagam, an ally of the UPA, had supported the Bharath bandh against FDI and described it as Foreign Direct Invasion, Naidu said.

While the Samajwadi Party described FDI in retail as "an invitation to another East India Company" and would not implement it in Uttar Pradesh, the Bahujan Samaj Party not  only demanded the suspension of FDI but also its complete rollback.

"Do you mean to say that your government in Kerala, your allies and supporting parties are ignorant, Mr prime minister? Who are ignorant and who will be ignored by the people will be known when the people get an opportunity," Naidu said.

Addressing the annual general meeting of Federation of Indian Chambers of Commerce and Industry on Saturday, Prime Minister Manmohan Singh had hit out at opponents, saying they were "ignorant" about global realities or were constrained by "outdated ideologies".

Attacking parties which had opposed the FDI but later bailed out the government on the issue in Parliament, Naidu said the argument -- that they did not want to be seen in the company of BJP -- was ridiculous as both the DMK and the BSP had shared power with his party and worked under its leadership.

Recalling that the Congress had opposed FDI in retail in the past and dubbed it an anti-national move, he quoted the prime minister as saying earlier that India does not need that kind of reforms which would destroy employment rather than creating it.

"If FDI is important to the government now, then why did the Congress remain silent all these years and why was it not included in its 2004 and 2009 manifestos as well as in its
Common Minimum Programme," he asked.

"It is not the opposition which is ignorant, but the Congress and the UPA government, which are not only ignorant but at times blind to the situation in the country," he said.

Claiming that the government is in a minority and could survive the vote on FDI only through abstentions and walk-outs by helpful parties, he said the BJP and the National Democratic Alliance would not only oppose FDI in their states but also roll back the decision when the NDA is voted to power.

Naidu said the party would take up a nation-wide campaign after the winter session of Parliament to reach out to the people and explain to them the disastrous consequences of the entry of FDI in retail.

Replying to a question on reservation in promotion for Scheduled Castes and Scheduled Tribes, he said the BJP always supported the concept of social justice through affirmative action.

He said the BJP wanted the government to keep constitutional parameters in mind while dealing with the issue and it would await the government's response.

On Pakistan Interior Minister Rehman Malik's claim that Lashkar-e-Tayiba operative Abu Jundal was an agent of Indian intelligence agencies, Naidu said, "It was an absurd statement".

He said India should create more international opinion against Pakistan for aiding and abetting terrorism from its soil. 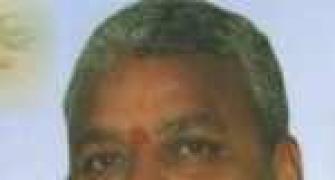 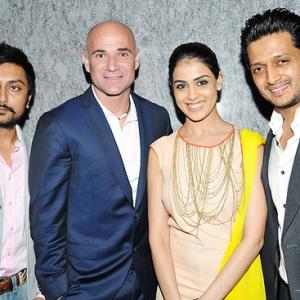 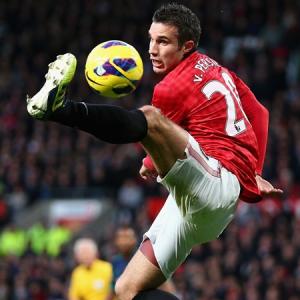