Ruling Congress MLA from Madhya Pradesh, Bisahulal Singh, on Sunday returned to Bhopal from Bengaluru after remaining 'missing' for the last six days and said he had left home on his own volition as he was unhappy over not being given a ministerial berth. 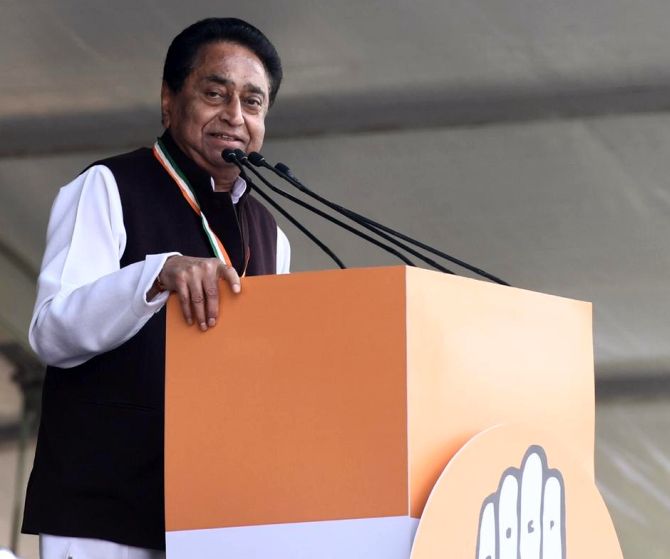 Singh also claimed that he was neither held hostage nor offered any money by the Bharatiya Janata Party to topple the Kamal Nath-led government, as claimed by senior party leader Digvijay Singh.

Singh has become the eighth MLA to return after remaining 'missing', prompting state home minister Bachchan to say that "the BJP's bid to unseat our government has failed".

Bachchan also said that two more MLAs of the Congress, namely Hardeep Singh Dang and Raghuraj Kansana who are believed to be camping in Bengaluru, will return shortly.

With Singh's return, all but two 'missing' MLAs of the Congress are now accounted for.

Earlier this week, the Congress claimed that the BJP had "abducted" some MLAs of the ruling party as well as its allies BSP and the SP to bring down the Madhya Pradesh government, an allegation which the opposition party denied.

After reaching Bhopal from Bengaluru en route Indore on Sunday evening, MLA Singh said he had left home as he was unhappy over not being considered for a Cabinet berth.

"I went on a pilgrimage to Southern India and visited temples there. I was unhappy so I went to out. I was unhappy because I was not given a Cabinet berth despite being an MLA for five terms. Is it a sin (to be unhappy)? Even junior MLAs were accommodated in the Council of ministers," he told reporters in a lighter vein after meeting chief minister Kamal Nath.

Responding to a question, the MLA said neither he was held hostage by the BJP nor was he offered any money.

Singh, however, ruled out joining the BJP.

"I am with the Congress for the last 40 years. The CM has assured me that my grievances will be looked into immediately and no work in my constituency (Anuppur) will leftunaccomplished," he said when asked about what transpired during his meeting with the CM.

Earlier in the day, Singh boarded a flight from Bengaluru and landed in Indore from where he flew to the state capital in a government plane, state Congress committee's media coordinator Narendra Saluja said.

Digvijay Singh had alleged that the BJP was trying to unseat the Kamal Nath-ld government with money power by luring MLAs of the Congress and allies. He repeated his allegation on Sunday.

"We have being maintaining since Tuesday that the BJP has nothing to do with the drama being played out by the Congress due to its infighting ahead of Rajya Sabha polls. Now their horse-trading charge against us proved to be absolutely false," he said.

Meanwhile, the chief minister left for Delhi on Sunday night in view of imminent expansion of his Cabinet.

He might meet the party top brass in view of factionalism in the ruling rank, a source close to him said.

Before leaving, Nath met BJP MLA Narayan Tripathi, who is reportedly not getting along well with his party.

The CM also met Digvijay Singh and some ministers and MLAs at his residence, according to the source.

Family members of MLA Singh, 65, had earlier lodged a missing person complaint after he became 'untraceable' amid the political drama in the state.

When asked about it, Singh said he was in touch with his son.

"Some politicians have unnecessarily lodged the complaint," he said.

The Congress has so far been successful in wooing back eight legislators -- six from Delhi and two from Bengaluru.

On Saturday, Surendra Singh Shera, one of the four missing MLAs supporting the state Congress government who went 'missing', returned to Bhopal.

Upon his return, the Independent MLA stated that he continues to be on the Congress' side.

The Congress holds a thin majority in the 230-member assembly with its own 114 MLAs and support of two legislators of the Bahujan Samaj Party, one of the Samajwadi Party and four independents.

The BJP has 107 legislators while two seats are vacant. 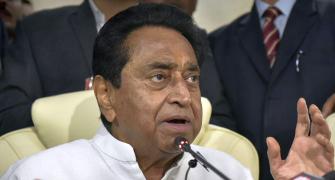