Union minister Ajay Mishra's son Ashish Mishra alias Monu was sitting in the car that mowed down protesting farmers and he also opened fire at them, according to a first information report (FIR) lodged by the Uttar Pradesh Police. 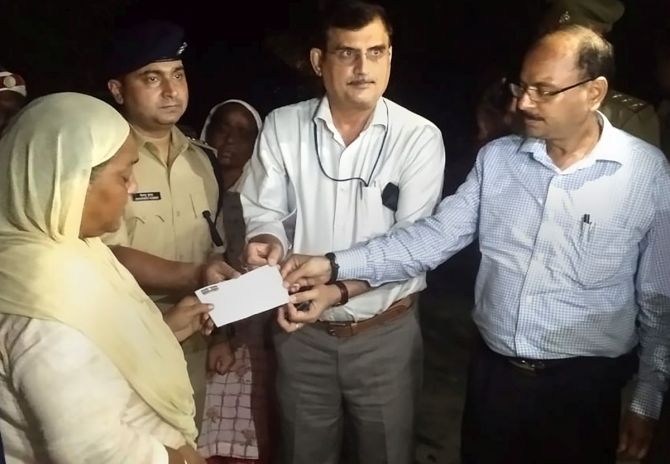 According to the FIR lodged on a complaint of Jagjit Singh, a native of Bahraich district, the episode was 'premeditated' for which the 'conspiracy was hatched' by the minister and his son.

It also alleged that 'provocative' statements of the Union minister of state for home had led to the farmers' protest here during which violence erupted and claimed the lives of eight people.

The FIR stated that the farmers had gathered at the sports ground of the Maharaja Agrasen Inter-College on Sunday and they wanted to peacefully show black flags to Mishra and Uttar Pradesh Deputy Chief Minister Keshav Prasad Maurya, who was visiting Banbirpur.

'Around 3 pm, Ashish Mishra along with 15-20 armed men in three speeding four-wheelers reached the protest spot in Banbirpur. Monu Mishra opened gunfire while he was seated on the left side of his Mahindra Thar, which mowed down the crowd and sped ahead,' stated the FIR seen by PTI.

'Because of the firing, farmer Gurvinder Singh, son of Sukhwinder, resident of Matronia in Nanpara, died. The numbers of the speeding vehicles which cruelly crushed the farmers standing on both sides of the roads are UP 31 AS 1000 and UP 32 KM 0036, while the third vehicle (whose number is not confirmed) was a Mahindra Scorpio,' it added.

The report further stated, 'Ashish's speeding vehicle overturned on the side of the road, leading to injuries to several other people. Ashish Mishra escaped from the car, opened fire and hid in a sugarcane field.'

While Ashish Mishra and 15-20 unnamed persons were mentioned as accused and charged with murder, criminal conspiracy, rash driving, rioting, among others, his father was not named in the FIR.

The minister has refuted the allegations of his son's involvement in the episode that took place near his native Banbirpur village in the Tikonia area of the district.

Four farmers were killed after they were allegedly mowed down by SUVs during the protest, with Ashish Mishra riding in the vehicle that led his convoy on Sunday.

Four other people, including Bharatiya Janata Party workers, were later lynched by a mob. No arrest has been made in the case so far.

The deceased farmers have been identified as Gurvinder Singh, 22, Daljit Singh, 35, Nakshatra Singh and Lovepreet Singh (age of both not mentioned), it stated, adding some other farmers were left injured.

'The farmers had gathered to lodge their protest after a video went viral in which the Union minister made comments during a public meeting and threatened to chase out the farmers from the state, prior to the (October 3) incident,' the FIR stated.

'The minister's son committed the act in a display of hooliganism. The central government also did not take any action against the Union minister in the wake of the viral video and today (October 3), his son carried out the gruesome act,' it added.

The complainant demanded the arrest of the minister and his son.

Meanwhile, a short video surfaced on social media on Tuesday purportedly showing a Mahindra Thar ploughing into a crowd.

The video, which begins and ends abruptly and is said to be from the protest site, has been shared by several opposition politicians who have blamed Mishra and his son for the violence.

However, a section of Internet users claimed that the windshield of an SUV, which is seen running over the people, was broken even before it hit the crowd.

Other users claimed to have spotted the minister's son stepping out from the left side of the vehicle after it veered off the road. 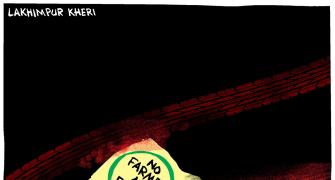 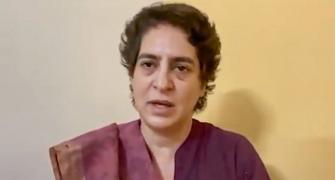 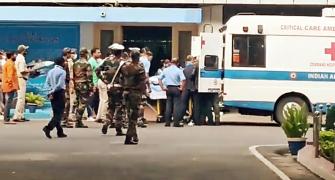 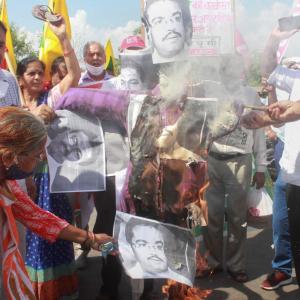