Source: PTI
Last updated on: April 18, 2011 16:10 IST
A group of 44 Indians have been evacuated from Abidjan, the capital of civil war-torn Ivory Coast, to neighbouring Ghana, taking the total number of Indians who have been shifted in last one week to 110.

"Another group of 46 persons including one woman, two children, and two Nepalese nationals were evacuated from Abidjan to Accra, on an aircraft chartered by the Ministry of External Affairs on Sunday. The group landed safely at Kotoko International Airport, Accra," the ministry said on Monday.  They were received on arrival by officials of the High Commission of India and rendered necessary consular and other assistance, it said.

There are approximately 530 Indians residing in that country. The ministry also appreciated the help from government of Ghana, saying, "Our mission in Accra received every support and cooperation from the Ghanaian and other authorities in the matter."

On April 12, 66 Indian nationals, including 11 women and 12 children, were evacuated. Earlier this month, Indian Ambassador to Ivory Coast Shamma Jain was evacuated by the United Nations and French forces in Abidjan in the wake of heavy fighting there between fighters loyal to Alassane Ouattara, the country's democratically elected president, and Laurent Gbagbo who has refused to quit the post even after losing the November 2010 elections.

India had on March 31 supported the UN Security Council sanctions including a travel ban and asset freeze on Gbagbo, his wife and close aides. 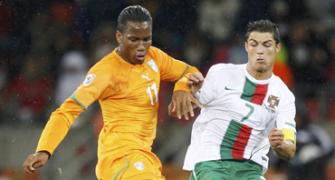 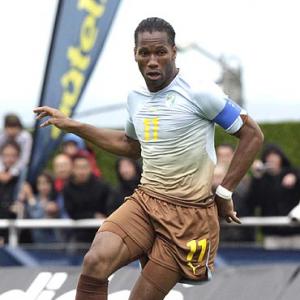