The allegations were made by Bhatt in an additional affidavit filed by him on Tuesday before Justice R H Shukla who was hearing an alleged police atrocity case against the IPS officer in Jamnagar district.

Bhatt has sought relief in the case. In the affidavit filed through his advocate I H Syed, Bhatt claimed while he was posted as Superintendent of Sabarmati Central Prison in November 2003, he had come across important documentary evidence in connection with the murder of BJP leader and former minister Haren Pandya.

The very afternoon after he had forwarded the evidence to the home department, he got a call from Shah expressing 'displeasure' over the report and asking him to destroy the documents immediately.

Bhatt placed the conversation with Shah on record and prepared another report, attached the Pandya murder documents and sent it to Shah directly.

He claimed Modi and Shah were highly disturbed and agitated by his act and had repeatedly tried to persuade him to withdraw his communication to Shah and destroy it.

According to Bhatt, the documents pointed at the role of certain highly placed state functionaries/politicians and senior police officers in the killing of Pandya, who was shot when he was on a morning walk in March 2003.

The IPS officer further alleged that because he had disobeyed Modi and Shah, he was transfered from Sabarmati Jail and kept without posting. Because of not going by Shah's instructions by the IPS officer, the government had in September 2004 decided to withdraw the revision application filed in Jamnagar court, seeking a review of order initiating criminal proceedings against Bhatt and other accused cops, the affidavit claimed.

This decision was reversed in March 2005 after Bhatt's representation. The IPS officer alleged the government once again changed its stand and withdrew the revision application from Jamnagar court at the behest of Modi and Shah.

He said this was done after he filed an affidavit in the Supreme Court alleging complicity of Modi and his government functionaries in the 2002 riots. 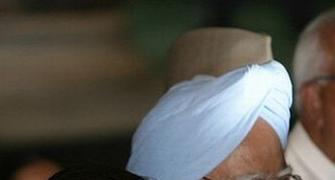