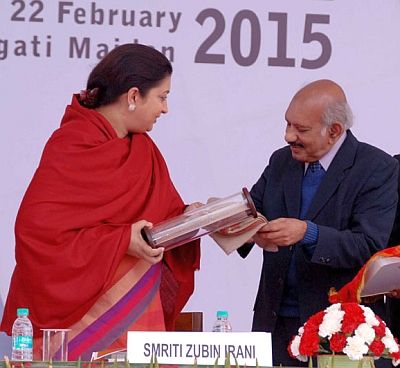 The Centre has cut short by seven months veteran Malayalam writer A Sethumadhavan's term as National Book Trust chairman and appointed a former editor of RSS' mouthpiece in his place.

A senior NBT official said Baldev Sharma, the former editor of Panchajanya, has been appointed as the new chairman.

Sethumadhavan, popularly known as Sethu, was to retire in September but his tenure was cut short after the writer was called by the Union HRD ministry last month and asked to step down, sources said.

"My tenure was supposed to end on September 12. I would say it is a hint... It is not asking bluntly. Three days ago, I got a signal that they (the government) wish to bring someone close to them to the post," the author said.

The move is the latest in a series of revamp exercises taken up by the NDA government in which people having links with saffron outfits have been appointed.

January, the government had reconstituted the censor board nominating people considered ideologically close to it after Leela Samson resigned as its chief.

Sethumadhavan, who was appointed as chairman on September 6, 2012 by the UPA government, said the present dispensation had never interfered in the affairs of NBT during his tenure.

73-year-old Sethu, whose literary career spans over four and half decades, wrote over 17 novels and 20 collections of short stories. His latest work is a short story collection, A Guest for Arundhathi and Other Stories.

Many of his works have been translated into English and other languages.

It is, however, unclear what triggered Sethumadhavan's removal with ministry officials remaining tight lipped on the move.

According to sources, the HRD ministry could also come up with a new name to replace the NBT Director M A Sikandar.

National Book Trust was established in 1957 under the then ministry of education by then Prime Minister Jawaharlal Nehru with the objective of promoting a culture of reading in the society by publishing literature at affordable prices in all major Indian languages. 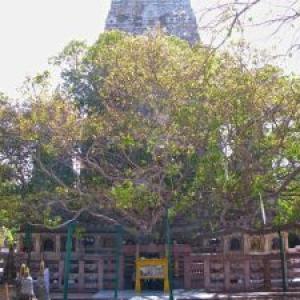 IIM in Bihar to be set up in Bodh Gaya