Modi not communal leader, it's only Cong propaganda: Ramdev "It would be wrong to call Modi a communal leader...It's Congress's propaganda...They had no other issues to corner him so they have used it," Ramdev, who is in the city to address his supporters told reporters today.

"In our country several incidents and riots have happened in the past under various governments including the Congress...So it would be wrong to call him a murderer," the yoga guru said while referring to the 1984 riots under the Congress rule.

Ramdev met BJP state president Vasundhara Raje. Though details of the meeting was not known, insiders said they had a discussion on the state's political scenario.

"Both these decisions would help Indian politics free from criminal elements," he said.

Ramdev said he may file a PIL seeking details of those who have invested money as FDI in different Indian companies.

"I am planning to move a PIL seeking details of share holders who have invested in Indian companies. Major share of black money in the country is as FDI and we should whose money in invested there," he said. 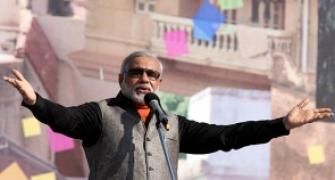 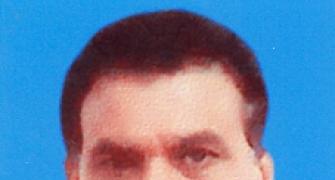 This Jharkhand MP has 46 criminal cases against him! 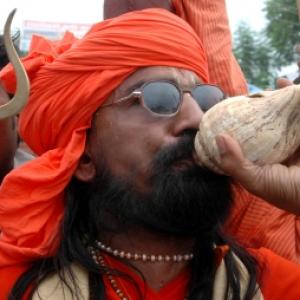