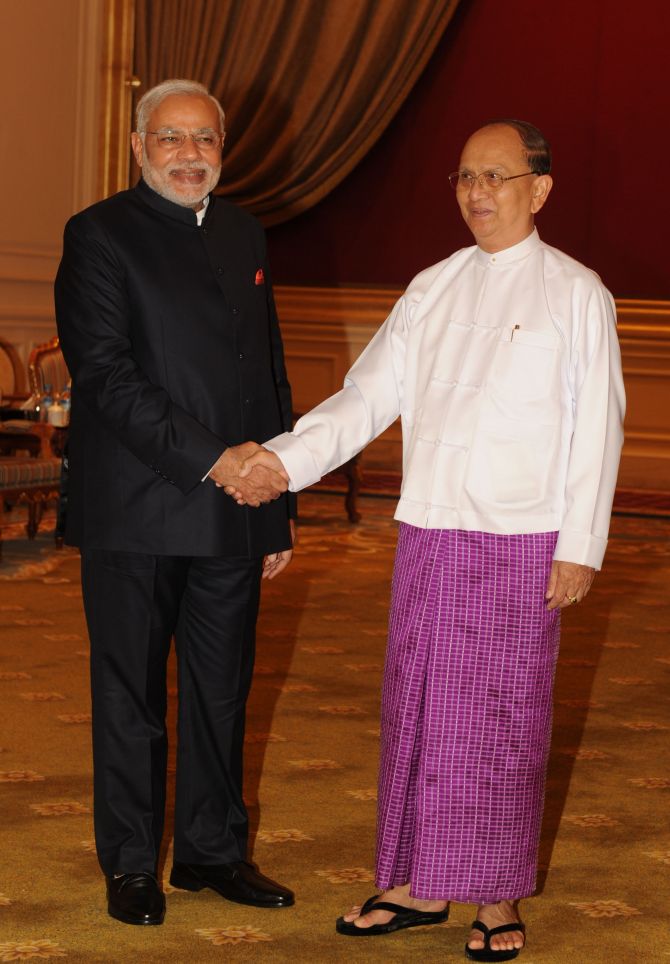 Prime Minister Narendra Modi on Tuesday met Myanmar's President U Thein Sein to begin a string of bilateral meetings with over 40 world leaders during his 10-day three-nation tour on the margins of key multilateral summits in Myanmar and in Australia and a visit to Fiji.

Modi met Then Sein at the Presidential Palace in Nay Pyi Taw shortly after his arrival at the Nay Pyi Taw international airport where he was given a guard of honour and greeted by young boys and girls in traditional costumes. He was welcomed by Myanmar's Health Minister Than Aung.

After his 45-minute meeting, Modi tweeted that he had a "very good" meeting with President Sein. "We had extensive discussions covering various aspects of our bilateral relations," he said.

"We talked about strengthening ties in the fields of culture, commerce and enhancing connectivity," said Modi, who is expected to make a strong pitch to enhance regional connectivity at the one-day 12th annual ASEAN-India summit on Wednesday.

Ministry of External Affairs spokesman Syed Akbaruddin posted on his Twitter account that the two leaders had "comprehensive" discussions and reviewed all aspects of bilateral ties.

The prime minister earlier on landing had tweeted: "Landed in Nay Pyi Taw, Myanmar to a very warm welcome! Great being in this beautiful country."

"Our ties with South East Asia are deep rooted. Strengthening relations with the Association of Southeast Asian Nations is an important part of our 'Act East' policy," he had earlier tweeted.

Besides participating in the ASEAN-India summit and the East Asia Summit in Nay Pyi Taw and at the G20 summit in Brisbane in Australia, Modi is due to have several meetings with world leaders on the sidelines of these international events.

"Summits, important bilateral meetings with over 40 world leaders," he tweeted as he left New Delhi by a special Air India plane.

Modi will have his first meeting with Chinese Premier Li Keqiang on the sidelines of the East Asia summit at Nay Pyi Taw in Myanmar as he is set to meet several world leaders bilaterally there and in Australia. 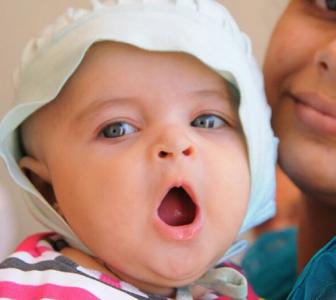 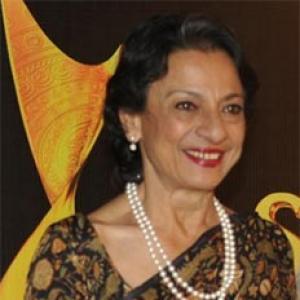 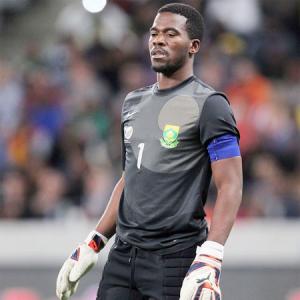