Power secretary Ajay Kumar Bhalla is all set to become the new home secretary with the government appointing him officer on special duty in the high-profile ministry on Wednesday. 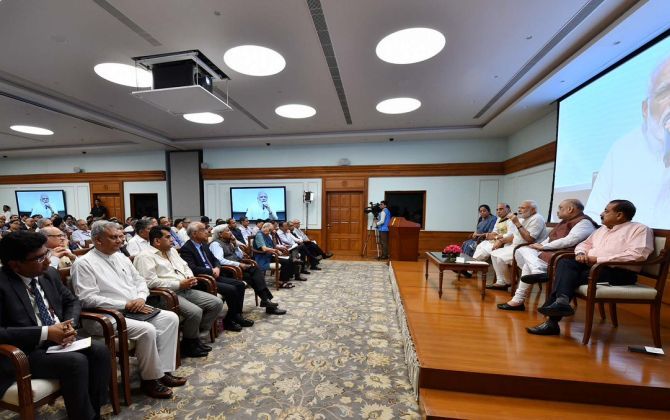 The appointments committee of the Cabinet headed by Prime Minister Narendra Modi cleared Bhalla's appointment as OSD in the ministry with immediate effect.

The 1984-batch Assam Meghalaya cadre IAS officer may succeed incumbent Rajiv Gauba, who will demit office on August 31, on his superannuation.

Even though the order did not mention that Bhalla will be the next home secretary, according to convention, an OSD is appointed for smooth transition of the charge from the incumbent, officials said.

Bhalla will have a fixed two-year tenure till August 2021 if appointed as the Union home secretary.

In a major reshuffle in the senior bureaucracy effected by the ACC, 1985-batch Gujarat cadre IAS officer Atanu Chakraborty was appointed the new secretary in the department of economic affairs in the finance ministry to succeed S C Garg, 1983-batch IAS officer from Rajasthan cadre, who has been sent to the power ministry in the same capacity, a government order said.

Besides these officers, eight 1986-batch IAS officers were made secretaries in various departments.

Anil Kumar Khachi from Himachal Pradesh cadre will be the new secretary, disinvestment to succeed Chakraborty.

Ravi Capoor, from Assam Meghalaya cadre, was appointed secretary, textiles. Atul Chaturvedi from same cadre will be the secretary, animal husbandry and dairying, the order said.

Gujarat cadre officer P D Vaghela will be the secretary in the department of pharmaceuticals, it said.

His batch mate from Gujarat, Guruprasad Mohapatra was appointed secretary, department for promotion of industry and internal trade.

Mohapatra is the chairman, Airports Authority of India in the civil aviation ministry.

The ACC also cleared in-situ upgrade of 12 IAS officers of 1986 batch to the level of special secretary in the rank and pay of secretary, as a measure personal to them, by temporarily upgrading the post held by them, the order said.

IAS from MP cadre S P Singh Parihar, chairman, Central Pollution Control Board was given the rank and pay of secretary, it said.

Alok Vardhan Chaturvedi from Bihar cadre will be new director general in the Directorate General of Foreign Trade in the rank and pay of secretary.

Satbir Bedi, IAS from UT cadre serving as chairperson, National Council for Teacher Education was given the rank and pay of secretary.

Umesh Sinha, UP cadre IAS, currently serving as deputy election commissioner has been given the rank and pay of secretary, it said. 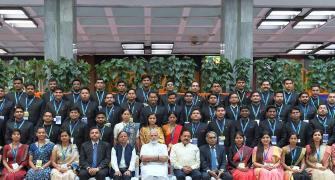 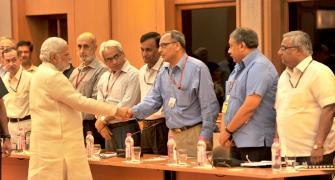 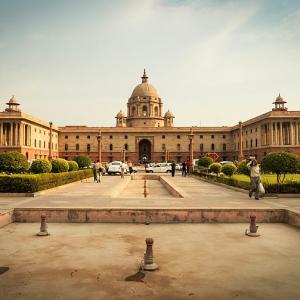