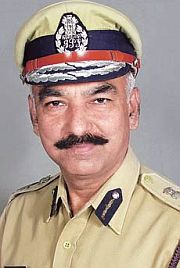 Retired Gujarat-cadre IPS officer Kuldeep Sharma, who was at loggerheads with the Narendra Modi government during his tenure in the state, was on Wednesday appointed as an advisor in the Union home ministry.

Official sources said the 1976 batch IPS officer, who retired as Gujarat's Director General of Bureau for Police Research and Development on December 2012, has been appointed as advisor in the Ministry of Home Affairs and his services will be utilised for internal security and police management.

The services of 60-year-old Sharma had become a bone of contention between the Centre  and Gujarat government as the latter had opposed his promotion and continuance in the Centre while the former was reluctant to absorb him.

Finally in November last year, the Delhi high court allowed his promotion paving the way for his appointment as Additional Director General in the BPR&D.

Sharma alleged that he was pressurised by Modi and his ministerial colleague Amit Shah, who is under CBI probe in the Sorahbuddin fake encounter case, for going slow against rioters during 2002.

After facing wrath from the Modi government, Sharma had moved to Centre for a posting alleging that he had been harassed by the state government.

Sharma had also alleged that Modi and Shah had put pressure on him to arrest danseuse Mallika Sarabhai in an alleged human trafficking case.

His trouble with the Modi government began when he submitted an interim report in the Sohrabuddin Sheikh fake encounter case before the Supreme Court, which led to the arrest of some of the senior IPS officers.

The trail of the case also led to Shah, a close aide of Modi. After this he was given an assignment as the Managing Director of Gujarat state sheep and wool development corporation.

Sharma, during his posting at Police Headquarters, is alleged to have procured call detail records of several politicians and extremist elements which were handed over to the CBI.

His brother, Pradeep Sharma, an IAS officer, has also made similar allegations against Modi government after he was arrested by the state police for alleged misappropriation in giving land at Bhuj.

Pradeep had alleged that during riots he had received a call from Modi's office during 2002 to ask his brother, who was the then Inspector General of Police (Ahmedabad), to go slow against the rioters.

Source: PTI© Copyright 2022 PTI. All rights reserved. Republication or redistribution of PTI content, including by framing or similar means, is expressly prohibited without the prior written consent.
Related News: Modi, IPS, Gujarat, CBI, Director General of Bureau for Police Research and Development
Print this article 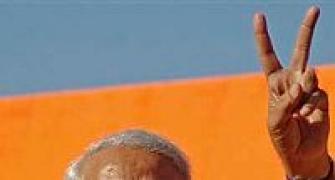