On PM's Mann ki Baat, Modi vows to go after benami properties next Vowing to carry forward the war against corruption and black money post-demonetisation, Prime Minister Narendra Modi on Sunday said the government will soon operationalise a strong law to effectively deal with ‘benami’ properties and this was just the beginning.

Making his last monthly address this year in his “Mann ki Baat” programme, he defended the frequent changes in the rules of demonetisation, saying these have been done to reduce the people’s problems and defeat such forces who are out to thwart his government’s fight against black money and corruption.

Modi sought the cooperation of public in making the “war on corruption” a success and said the wrongdoings of some are being caught only with the support of common people who are coming forward with concrete information about hoarders.

“I assure you that this is not the end. This is just the beginning in our fight against corruption. We have to win this war against corruption and black money. There is no question of stopping or going back in this fight,” he said.

The prime minister also lamented the logjam in Parliament that evoked displeasure from the president and the vice president besides all-round public indignation and ire, saying he wanted a good discussion on this campaign as well as on political funding, had both Houses run properly.

He said some people who are spreading rumours that political parties enjoy all concessions and exemptions “are wrong and all are equal before law” and they have to abide by it.

“It was my earnest wish that the ongoing campaign against corruption and black money, including the realm of political parties and political funding, be discussed extensively in the Parliament. Had the House functioned properly, there would have been comprehensive deliberation.

“Some people are spreading rumours that political parties enjoy all kinds of concessions. These people are absolutely in the wrong. The law applies equally to all. Whether it is an individual, an organisation or a political party, everyone has to abide by law and one will have to,” he said, adding that people who cannot endorse corruption and black money openly resort to searching for faults of the government relentlessly.

Giving a push to his plea for cashless economy, Modi also launched two new schemes for traders and customers that will dole out 15,000 prizes every day to those making digital transactions.

Defending the frequent changes being made in rules after demonetisation, Modi said “the government, being a sensitive government, amends rules as required, keeping the convenience of the people as its foremost consideration, so that citizens are not subjected to hardships.”

Terming this war against corruption as “an extraordinary one”, he said the forces involved in “this murky enterprise of perfidy and corruption” have to be defeated as they are devising new tactics to thwart government’s efforts every day.

“To counter these new offensives, we too have to devise appropriate new responses and anti-dotes. When the opponents keep on trying out new tactics, we have to counteract decisively since we have resolved to eradicate the corrupt, shady businesses and black money,” he said.

Lauding the public for their support in exposing the wrong-doings of some, who are devising “newer wily ways and means” to counter the fight against corruption, the prime minister sought more public support.

“Everyday many new people are being taken into custody, currency notes are being seized, raids are being carried out. Influential persons are being caught. The secret is that my sources of such information are people themselves.

“Information being received from common citizens is many times higher than that being obtained through government machinery,” he said, adding that people were taking risks to expose such elements. He asked them to share such information on e-mail address of the government as also on the MyGov App.

Modi also talked about the benami property law that came into being in 1988, but neither its rules were framed, nor was it notified and laid dormant for years.

“We have retrieved it and turned it into an incisive law against ‘benami property’. In the coming days, this law will also become operational. For the benefit of the nation, for the benefit of the people, whatever needs to be done will be accorded our top priority,” he said.

The prime minister, however, lauded both Lok Sabha and Rajya Sabha for passage of the Disabilities Bill to secure the rights of disabled and also their honour and dignity. The new law, he said, is in consonance with the spirit expressed by the United Nations.

He also wished the people on Christmas and remembered former Prime Minister Atal Bihari Vajpayee on his birthday while wishing him good health and long life.

Modi also congratulated the Indian Cricket team for its emphatic 4-0 victory over England, as also the performances of some young players like Karun Nair who scored a triple century, K L Rahul for scoring a brilliant 199, besides the leadership provided by Captain Virat Kohli and off-spin bowler R Ashwin. He also complimented the Junior Hockey Team for lifting the World Cup and the Indian Women’s Hockey Team that won the Asian Champions Trophy. 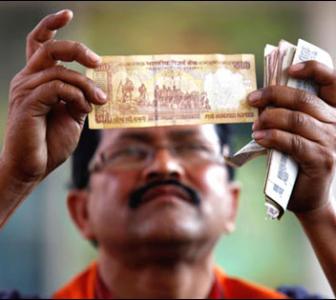 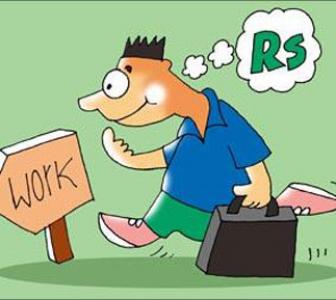