People who received a first dose of the Oxford-AstraZeneca COVID-19 vaccine followed by an mRNA vaccine shot had a lower risk of infection compared to those immunised with both doses of the AstraZeneca preventive, according to a nationwide study in Sweden. 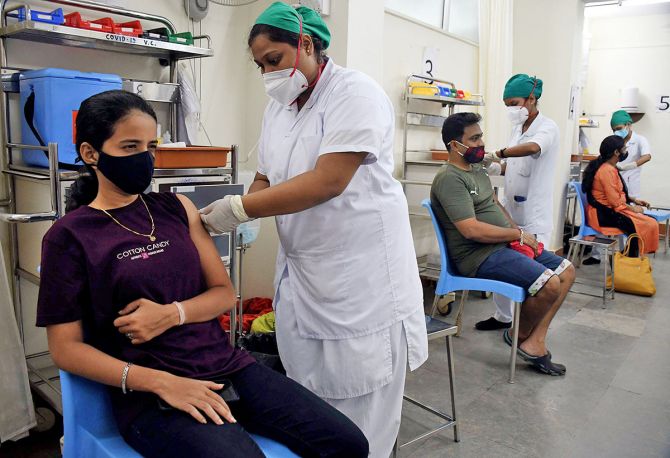 IMAGE: A beneficiary receives a dose of the COVID-19 vaccine, at a vaccination center, in Mumbai. Photograph: ANI Photo

Since the use of AstraZeneca's vector-based vaccine against COVID-19 was halted for people younger than 65 years of age due to safety concerns, all individuals in Sweden who had already received their first dose of this vaccine were recommended an mRNA vaccine as their second dose.

"Having received any of the approved vaccines is better compared to no vaccine, and two doses are better than one," said Peter Nordstrom, a professor at Umea University, Sweden.

The study, published in The Lancet Regional Health - Europe journal on Monday, is based on nationwide registry data from the Public Health Agency of Sweden, the National Board of Health and Welfare, and Statistics Sweden.

In the main analysis, about 700,000 individuals were included. During a 2.5-month average follow-up period after the second dose, the study showed a 67 per cent lower risk of infection for the combination of AstraZeneca and Pfizer vaccine shots.

There was a 79 per cent lower risk of infection for AstraZeneca and Moderna vaccine shots, compared to unvaccinated individuals, the researchers said.

For people having received two doses of the AstraZeneca vaccine, known as Covishield in India, the risk reduction was 50, they said.

These risk estimates were observed after accounting for differences regarding date of vaccination, age of the participants, socioeconomic status, and other risk factors for COVID-19.

The researchers noted that the study estimates of effectiveness apply to infection with the Delta variant, which was dominating the confirmed cases during the follow-up period.

"The results of the study may have implications for vaccination strategies in different countries," said Marcel Ballin, doctoral student at Umea University, and co-author of the study.

"The World Health Organization has stated that despite the promising results from previous studies regarding immune response from mix-and-match vaccination, there is a need for larger studies to investigate their safety and effectiveness against clinical outcomes. Here we now have one such study," Ballin said.

There was a very low incidence of adverse thromboembolic events, or formation of blood clots in blood vessels, for all vaccine schedules, according to the researchers.

The number of COVID-19 cases severe enough to result in inpatient hospitalisation was too low for the researchers to be able to calculate the effectiveness against this outcome.

Past studies have demonstrated that mix-and-match vaccine schedules generate a robust immune response.

However, it has been unclear to which extent these schedules may reduce the risk of clinical infection, the researchers said, adding that their study aimed to fill that knowledge gap.

Source: PTI  -  Edited By: Utkarsh Mishra© Copyright 2021 PTI. All rights reserved. Republication or redistribution of PTI content, including by framing or similar means, is expressly prohibited without the prior written consent.
Related News: AstraZeneca, National Board of Health and Welfare, Marcel Ballin, Statistics Sweden, Umea University
Print this article 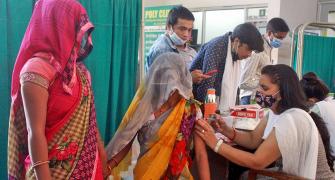 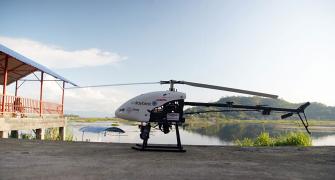 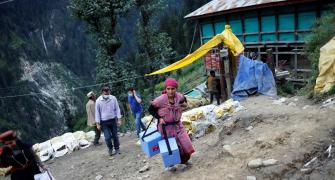 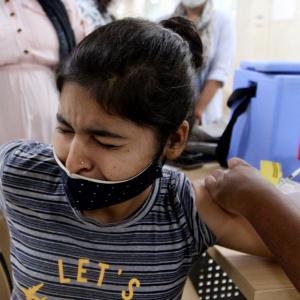 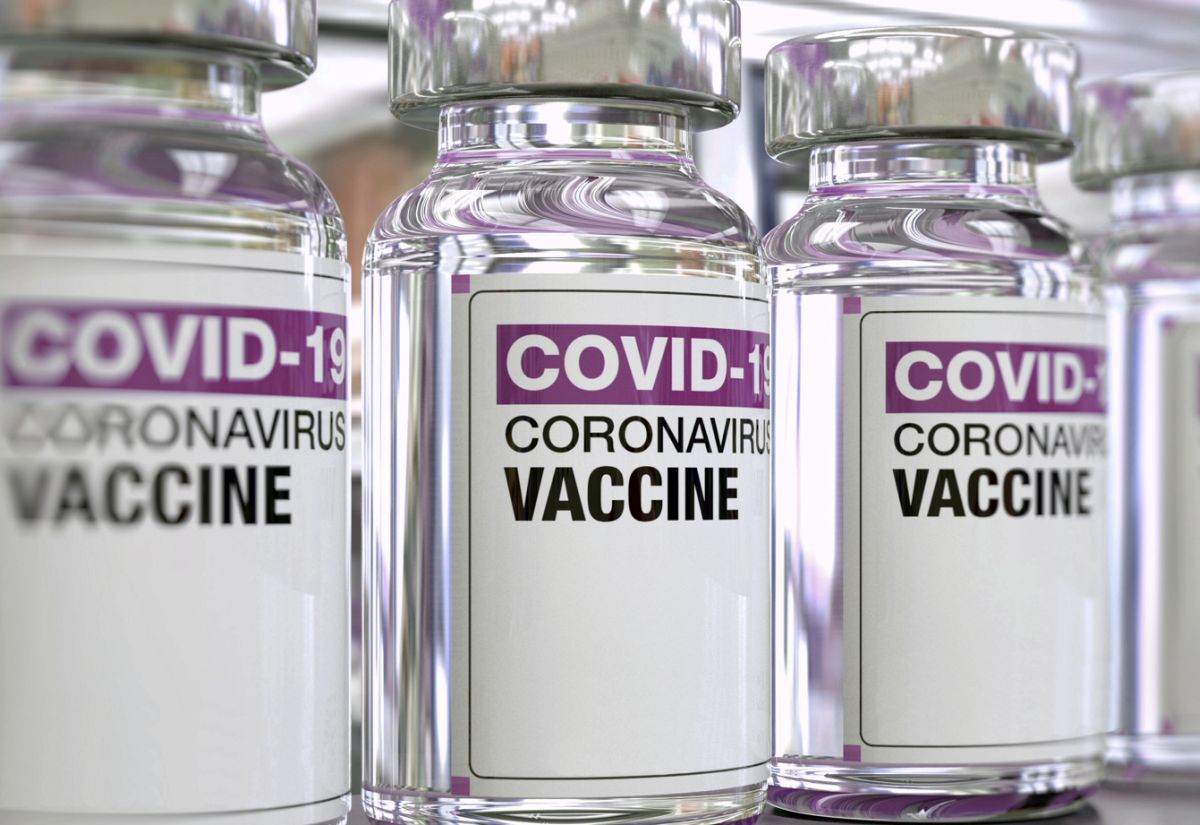