Mishra does a U-turn; apologises to BJP leaders

Anshuman Mishra, who has leveled certain allegations against Bharatiya Janata Party leaders after the party backed out of supporting him for Rajya Sabha seat from Jharkhand, on Monday retracted his comments and apologised to them.

In a statement, Mishra offered "complete and unequivocal public retraction" of his comments made against leaders like Joshi, Sinha, Jaitley and some others. He also offered his "sincerest apologies" to Advani and Gadkari.

Mishra, who had filed his nomination papers for Rajya Sabha seat from Jharkhand with backing by a section of BJP before the party made a U-turn, said he accepted "the fact that he had no significant association/relationship with BJP."

Sinha had raised a banner of revolt after he found that the party was supporting Mishra, an outsider, for the seat instead of nominating someone from BJP. He raised the issue with Advani and subsequently, the BJP decided not to support Mishra.

In the statement, Mishra said he would not like to be associated with "negative emotions like - anger and bitterness" and it was "high time to move on and focus on positive things".

He said he does "not intend to waste any more of the nation's time on this issue" when there are "grave issues in front of Mother India - World Economy and it's impact, Naxalism and corruption." 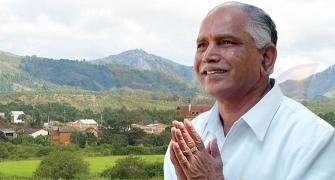 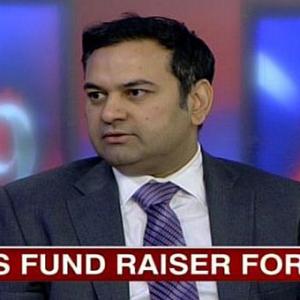