Pakistan Army chief Gen Ashfaq Parvez Kayani has described the alleged secret memo sent to the United States military in May as a conspiracy against national security and called for a thorough probe into the matter, according to a media report on Thursday.

Kayani's response to a case regarding the 'Memogate scandal' that was submitted to the Supreme Court on Thursday said a conspiracy against the army and national security was hatched by sending the memo, Geo News channel reported.

A thorough investigation should be conducted into the matter, he reportedly contended.

There is a need to find out the truth behind the memo that was sent to the US military, Kayani reportedly said.

The scandal had affected Pakistan's national security and the memo was an attempt to affect the morale of soldiers who are making sacrifices for democratic freedom and national security, he was quoted as saying by the channel.

The responses of Kayani and Inter-Services Intelligence agency chief Lt Gen Ahmed Shuja Pasha were submitted to the apex court on Thursday evening while there was no reply from President Asif Ali Zardari even though a deadline set by the court expired on Thursday.

There was no official word on why the President's response had not been submitted. After admitting nine petitions seeking a probe into the Memogate controversy, the apex court had directed 10 respondents, including the President, to submit their replies by December 15.

The responses of Kayani and Pasha were submitted to the Supreme Court's registrar by Attorney General Anwarul Haq.

Pakistani-American businessman Mansoor Ijaz, who made public the memo that sought US help to prevent a military coup in Pakistan in the wake of the American raid that killed Osama bin Laden in May, submitted his response earlier in the day.

The replies of the cabinet, law, interior, defence and foreign secretaries too have been submitted while Husain Haqqani, Pakistan's former envoy to the US, sent in his reply several days ago.

Geo News reported that ISI chief Pasha, in his response, had said he was satisfied with the evidence provided by Ijaz.

"Having seen these means of communication used, I was satisfied that he (Ijaz) had enough corroborative material to prove his version of the incident," Pasha was quoted as saying.

Pasha asked the apex court to summon Ijaz to appear before it and produce the evidence in his possession.

In his response, Kayani reportedly provided a detailed account of key incidents related to the drafting and delivery of the memo to former US military chief Admiral Mike Mullen.

He reportedly said it was the ISI chief's opinion that there was adequate evidence that the memo was sent and that the proof provided by Ijaz was adequate to prove that Ijaz was in touch with Haqqani through text messages and phone calls during May 9-11.

Several of Zardari's aides have told the media that it was not necessary for him to submit a response to the Supreme Court as he enjoyed immunity by virtue of being President.

Zardari is currently recuperating in his residence in Dubai after being discharged on Wednesday from a hospital where he was treated for a heart condition.

A larger bench headed by Chief Justice Iftikhar Chaudhry is set to resume hearing of the case on December 19.

Pakistan Muslim League-Nawaz chief Nawaz Sharif is one of the nine petitioners who have sought an investigation into the alleged secret memo.

The apex court has set up a commission to probe the scandal. 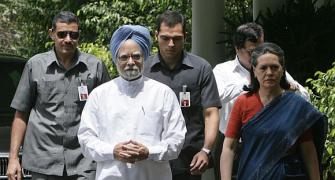 If I go elections will not be held in our lifetime: Pakistan PM