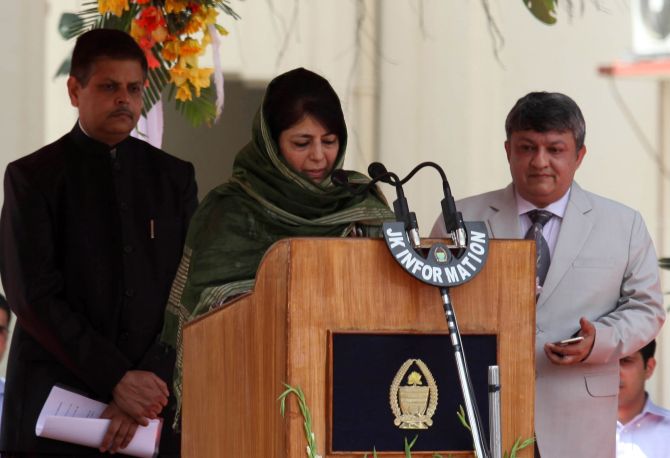 People’s Democratic Party president Mehbooba Mufti was administered the oath of office as the first woman chief minister of Jammu and Kashmir on Monday, at a ceremony in Raj Bhavan, Jammu.

Governor N N Vohra administered the oath of office and secrecy to the 23-member council of ministers on Monday morning.

Vohra also administered the oath of office and secrecy to Bharatiya Janata Party leader Dr Nimal Kumar Singh who was sworn-in as the deputy CM. Singh held the same post during the tenure of former chief minister Mufti Mohammad Sayeed.

The PDP has dropped party stalwart and former public works department minister Altaf Bukhari, allegedly for leading a revolt within the party when the party president was taking time in forming a government with the BJP.

The BJP’s share in the cabinet has increased from six to eight berths and three ministers of state, while the PDP has nine cabinet ministers instead of 11 last time.

Mehbooba’s party has got three MoS berths, the same as last time.

In the last government, the BJP had a total of 11 ministers -- six in cabinet, three MoS and two with independent charge.

The BJP has now promoted Chering Dorje and Abdul Gani Kohli as cabinet ministers. They were ministers of state with independent charge in the Sayeed-led government.

The saffron party has Prakash Kumar and Shyam Lal Chowdhury among the new faces in the cabinet. BJP leader Sukhnandan was dropped from the list of ministers, besides minister of state Pawan Gupta, an independent MLA from Udhampur, who has been replaced by Ajay Nanda. 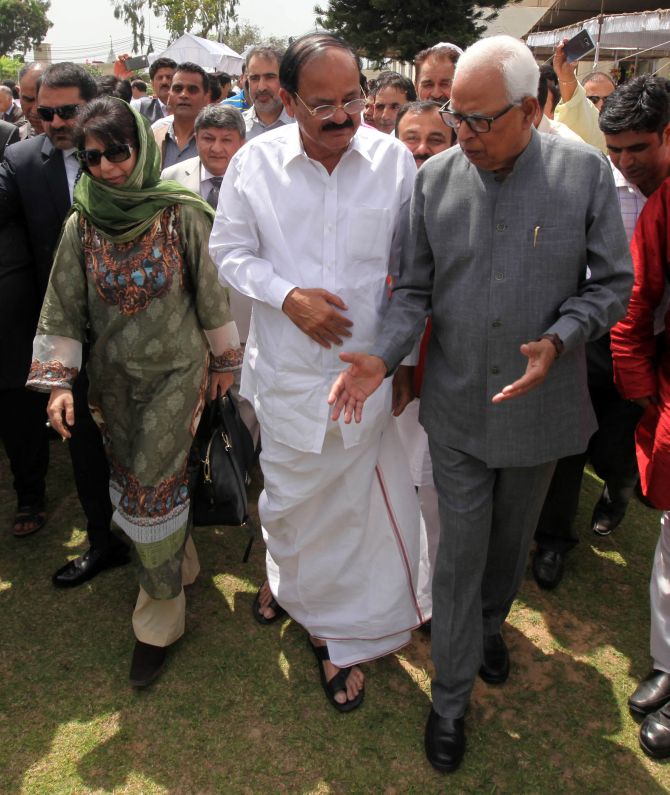 Former chief ministers Farooq Abdullah and his son Omar, Union ministers Venkaiah Naidu, Jitendra Singh and Harsimrat Kaur Badal were among the host of VIPs present at the swearing-in function. The three Union ministers, however, arrived at the function only after Mehbooba and Nirmal Singh had completed taking the oath.

Prime Minister Narendra Modi extended best wishes to the Mehbooba Mufti-led government in Jammu and Kashmir and hoped it will fulfil the dreams and aspirations of people of the state.

'Congratulations & best wishes to Ms. Mehbooba Mufti, Dr. Nirmal Singh & all those who took oath today (sic),’ he said in a tweet.

'May the new Government of J&K leave no stone unturned in fulfilling dreams & aspirations of the people & take J&K to new heights of progress (sic),’ he tweeted.

Mehbooba has now become only the second Muslim woman chief minister of an Indian state.

Syeda Anwara Taimur, chief minister of Assam in 1980, was the first.

Monday’s swearing-in ceremony ends the three-month long governor’s rule in Jammu and Kashmir and the political uncertainty that dogged the state following Sayeed's demise on January 7.

Political observers in the state say that the dropping of Bukhari and three others from the cabinet opens a new front for Mehbooba, who will now have to keep together not only her flock but a coalition, described as the ‘coming together of North and South Poles’ by her father. 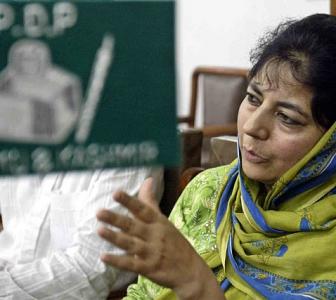 The challenges that await Mehbooba 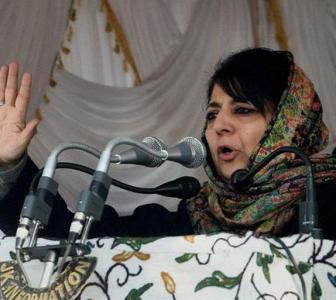 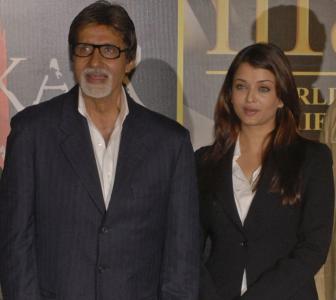 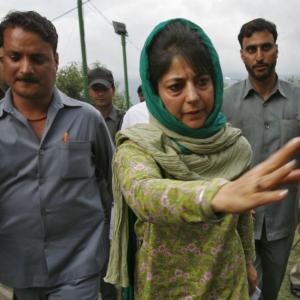 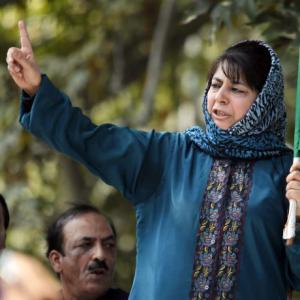