Defence Minister Rajnath Singh handed over indigenous equipment to the Indian Army at the ministry of defence, August 16, 2022. IMAGE: The Raksha Mantri with the Soldier of The Future as General Manoj Chandrashekhar Pande, chief of the army staff, looks on. Photograph: Sanjay Sharma/ANI Photo 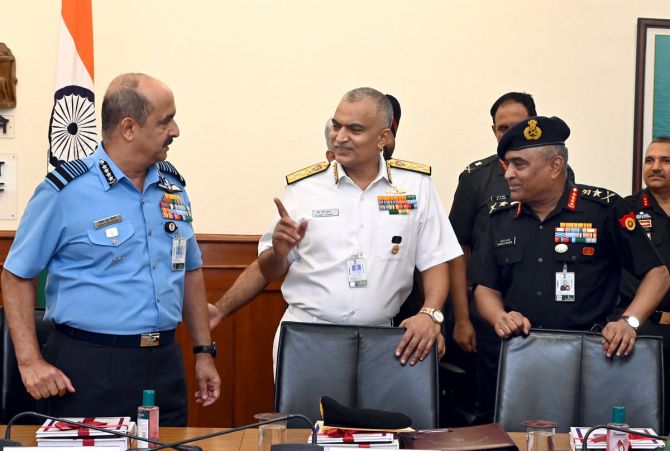 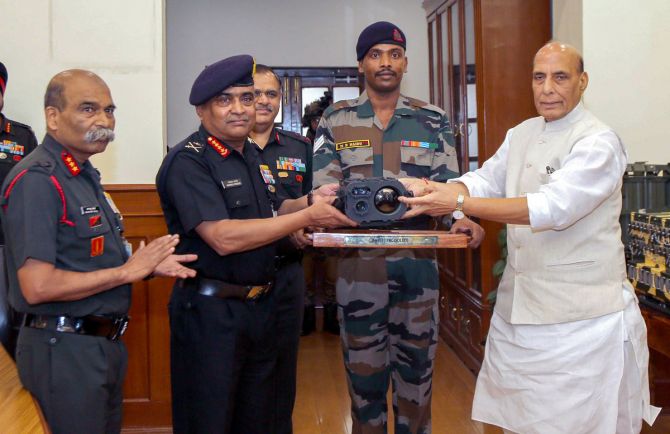 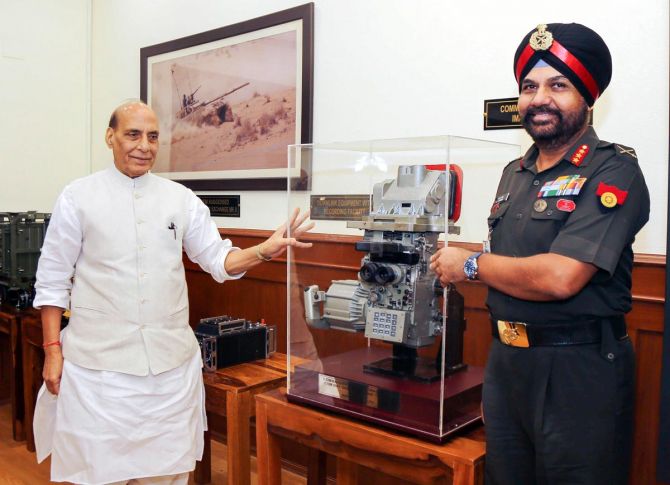 IMAGE: The Raksha Mantri and the COAS with the Future Infantry Soldier. Photograph: PTI Photo 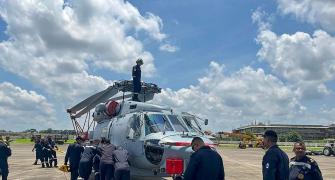 Spanking New US Choppers For Navy 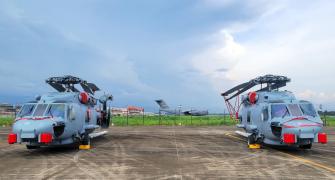 India gets 2 Romeo anti-submarine choppers from US 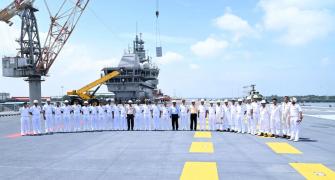 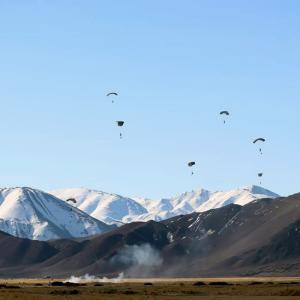