The Supreme Court while delivering the verdict had appreciated the role of the Delhi Police for collecting unimpeachable scientific evidence to prove the case beyond reasonable doubt in the court. 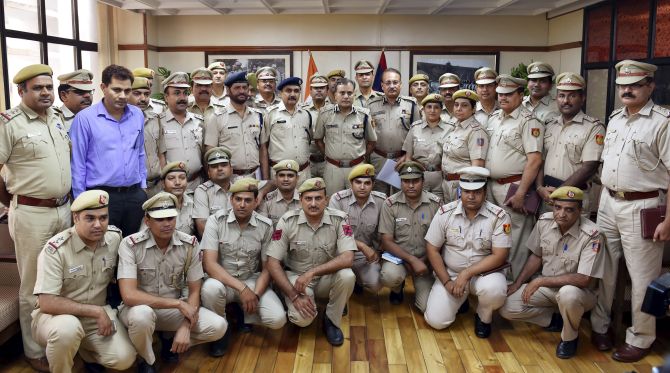 The Delhi Police team that had probed the horrific Nirbhaya gangrape case will be training their counterparts about the fundamentals of framing chargesheets in complex rape cases.

The Supreme Court had recently upheld the death penalty to four convicts in the December 16, 2012 gang rape case of a 23-year-old paramedic student inside a moving bus in South Delhi.

She had succumbed to her injuries on December 29, 2012 at Mount Elizabeth Hospital in Singapore.

The apex court had appreciated the role of the Delhi Police for collecting unimpeachable scientific evidence to prove the case beyond reasonable doubt in the court.

"Not only did the officers crack it in a record time, they followed it up with collection of scientific evidence, systematic and painstaking work that led to a conviction in the case," Patnaik said.

The officers, who were part of the probe, said that they are "professionally satisfied".

The then additional deputy commissioner of police (south) P S Kushwah said they were "racing against time".

He said some women officers were designated to counsel the victims' family and assure them that justice would be done.

At every stage of the court proceedings, there were special investigation teams who briefed the counsels appearing on behalf of the victim.

Rajender Singh, who was then an inspector and a key investigator in the case, said they will be imparting training to their fellow officers in drafting chargesheets.

Another officer said they have held training sessions with some police personnel but this is likely to be made into a regular exercise.

The officers recalled the trying times during those days of investigation.

"We delivered against all odds," said Singh.

"From facing media and public outrage to handling law and order situation and the various commissions, we were facing so many things but we didn't let our focus shift," he said.

"The front gate of the Vasant Vihar police station was blocked by media and public. We used the back gate, which meant climbing a wall, to enter our office," recalled Singh.

He said they they sat for 72 hours at a stretch inside the police station with the then DCP (South) Chhaya Sharma and Kushwah. They even had all their meals there.

The officers were also shocked by the brutality that had been meted out to the victim.

"We were shocked and angered at what had happened. But we maintained our objectivity and channelised our anger into the probe," said Singh.

Brutality was used as an evidence in the case with doctors deposing as prosecution witnesses and listing out the reasons for her death, said the officer.

Singh also said the bus was traced from a total of 381 white buses on the basis of a CCTV footage procured from the spot in Mahipalpur where the accused had dumped the victims.

The wheel cap of the front tyre of the bus was missing and the vehicle had 'Yadav' written on it, he said.

These clues led them to the bus owner in Noida and subsequently to the bus that was seized from R K Puram area.

The case saw many firsts, said another officer.

From matching the DNA found on the victim's body to those of the accused and using odontology, a branch of forensic science on bite mark analysis, the police relied on scientific evidence to prove the charges, said another officer.

The team probing the case and the victim's family forged a lifelong bond, said the then SHO of Vasant Vihar police station, Anil Kumar Sharma.

"Her family was there when I lost my loved ones. Yesterday, her mother visited us and spent a couple of hours with my family. We forged a strong bond," he added. 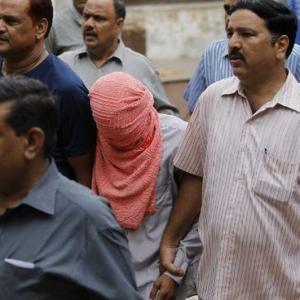 Juvenile convict in Dec 16 gang rape is now a cook