Medical evidence is necessary for determining the degree of physical disability of a government servant to explain his unauthorised absence from duty, Central Administrative Tribunal (CAT) has held.

A CAT bench of Chairman Justice V K Bali and Vice Chairman L K Joshi passed the order while refusing relief to officer, Anil Kumar Jain, who was found unauthorisedly absent from his duty for more than five years.

"The intensity of physical disablement can be assessed only from the evidence of ailment, physical or mental, and he has singularly failed to bring even an iota of evidence on that behalf either before the concerned authority or even before us after he has been visited with the penalty of compulsory retirement," the tribunal said.

Jain, a meteorologist, sought quashing of the disciplinary authority order of his permanent retirement, which he alleged was taken without giving him a chance to contest the allegations. He alleged that the action taken against him was biased in nature. The tribunal also rapped him for his irresponsible conduct during proceedings.

"All that is urged by Jain during the course of arguments is that there was no question for him to have not attended to his duties if he was medically fit. That such a conduct is possible only by an insane man and that is what exactly he has been pleading all through," the CAT refused to accept the contention that Jain was suffering from any mental disorder in the absence of proof.

"Sans any proof in the shape of medical advice or treatment, it is not possible to accept on the mere fact that since Jain was absent, it should be held that he was suffering from mental disorder, and thus incapable of attending to his duties," the tribunal said.

CAT said there could be variety of reasons for a person not to attend to his duties, one being wholly irresponsible towards his duties. Jain was found guilty in departmental inquiry for remaining absent unauthorisedly from duty without any intimation to the concerned authority of the Indian Meteorological Department. 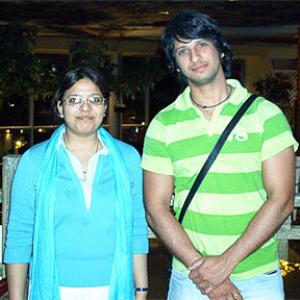