Uttar Pradesh Chief Minister Mayawati has had a change of heart as far as Anna Hazare's campaign for the Jan Lokpal Bill is concerned. Singing the same tune as the anti-corruption crusader, Mayawati said on Tuesday that the prime minister, the Central Bureau of Investigation and all section of government employees should be brought under the ambit of the Lokpal.

Her announcement at a specially convened press conference came as a surprise, as she had initially expressed reservations against Hazare's movement and his demands. "These views will be voiced by my representative at the all-party meeting convened on the Lokpal issue in New Delhi on Wednesday," she declared.

"The CBI must be brought under the jurisdiction of the Lokpal to prevent misuse of the agency by the central government," said Mayawati. "I am all for a strong, effective and meaningful Lokpal Bill that will serve the larger interest of the country."

She went on warn, "In case the central government fails to modify its draft and does not concede our demand to include the prime minister as
well as Group C and D employees under the ambit of Lokpal, the

Bahujan Samaj Party will just not support the bill."

Flaying the United Progressive Alliance government, Mayawati said, "It was clearly evident from the attitude of the UPA government that it was out to mislead the people of the country about the Lokpal Bill, simply because it's real intent was to shield its corrupt ministers."

Proclaiming her government to be the only one in the country to have dealt with both corruption and crime with a stern hand, the UP chief minister said, "We have not spared anybody, including several of ministers and legislators from the state, if they were found involved in criminal or corrupt activities."

She cited the cases of four ministers, whom she decided to dump, no sooner than they were indicted by the state Lokayukta in matters relating to corruption. Highlighting the recognition and significance that she gave to the institution of Lokayukta, she pointed out, "We have always given due importance to the Lokayukta's reports and ordered serious action against four ministers -- something that both the Congress and the Bharatiya Janata Party governments in other states cannot boast of."
Sharat Pradhan in Lucknow
Related News: Mayawati, Bill, United Progressive Alliance, Central Bureau of Investigation, Lokayukta
Print this article 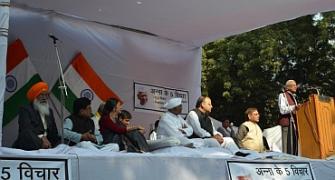 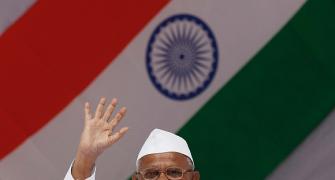 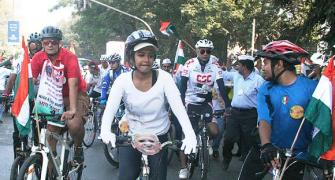 From college-goers to cabbies, Anna finds support in one and all 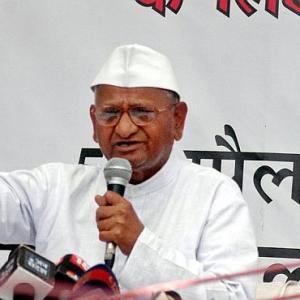 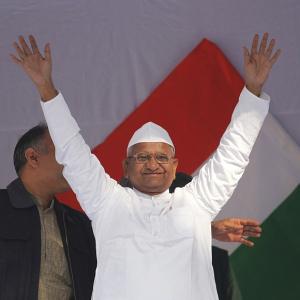