Maulvi Hussain Umarji, the cleric who was branded as the key conspirator of the 2002 Sabarmati Express carnage but was later acquitted, died in Godhra after a prolonged illness, his family said on Monday.

Umarji, 65, who had been bed-ridden since his acquittal in February 2011, passed away on Sunday night.

He was suffering from diabetes and depression, said his son Saeed Umarji.

The Maulvi was acquitted along with 62 others by a special court in Ahmedabad after spending eight years in the Sabarmati Central Jail as an under-trial.

On February 27, 2002, a violent mob attacked the Sabarmati Express train at Godhra station and set it on fire. In the carnage, 59 people were killed, most of them karsevaks who were returning from Ayodhya.

This triggered communal violence across Gujarat and claimed the lives of over 1,200 people. 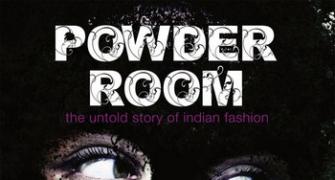 'The cakey view of fashion is bound to change'