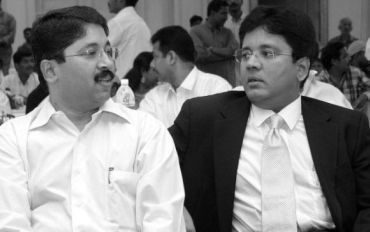 On any other day, the Maran Brothers, possibly the richest political family in Tamil Nadu, would have preferred to hear their ‘Sun Music’ channel singing tunes to their liking. But they are sure not to like this particular one, observes N Sathiya Moorthy

Former Telecom and Communications Minister Dayanidhi Maran, the younger of the two brothers, has said as much and more in defending himself and elder brother Kalanidhi -- the founder-owner of the Sun TV Group, after the Central Bureau of Investigation arrested three of the latter’s former aides in a case of misusing the former’s official position to benefit from them illegally.

The long-pending CBI case, which followed a relatively earlier media expose by Rashtriya Swayamsevak Sangh ideologue S Gurumurthy, is that as minister, Dayanidhi had allegedly set up a 323-line telephone exchange at his Boat Club residence in Chennai and had underground cables linked to the Sun TV Group’s headquarters and studios a few kilometres away, to illegally uplink their television video transmissions without having to pay an estimated Rs 400 crore fees.

The Maran brothers have moved themselves away from SpiceJet budget airliner that they had promoted with much gusto and success; but they are also facing CBI investigations into the ‘Aircel-Maxis case’, on yet another charge of cheating.

Dayanidhi has since gone to town, defending himself and putting the blame for the cause and timing of the probe, which he claimed has now been revived at the instance of ‘an RSS ideologue’ (Gurumurthy).

Gurumurthy joined the fray and asked Dayanidhi why had had he not filed a defamation suit of Rs 1 crore as he had claimed he would. Dayanidhi counter claimed that the CBI had tortured the three arrested persons to obtain favourable statements. He also cited right to information-based details to argue that there was no record to show that high-capacity underground telecom links/cables connected his home and the Sun Group studios.

Dayanidhi claimed he had done only what others before him had done as telecom minister -- of having a single line connection in his home -- and whose usage would not have crossed Rs 1 crore, again a facility enjoyed by his predecessors, too.

He may have a point, as the CBI would now be called upon to prove that such lines existed and no records were also maintained on the same. If proven, it could spell trouble for the Maran brothers.

They could then also be charged with withholding evidence to an illegal act (attracting a further charge/proof of alleged conspiracy under all relevant laws).

The case has now revived DMK’s internal discourse on the suitability and the timeliness of the party having to defend the Maran brothers.

They have reservations about party treasurer and supremo M Karunanidhi’s politician-son M K Stalin issuing a statement of sympathy for the Maran brothers afterwards.

Party insiders ask why Dayanidhi chose the morning he was to address the media to brief his grand-uncle Karunanidhi, and why the latter should have allowed the ex-minister to use the forecourt of his Gopalapuram residence to make his media statements.

After two massive electoral defeats in a row, party insiders claim, “We cannot have the ‘First Family’ siblings and cousins either continuing to fight among themselves, or bring further disrepute to the party ahead of the important assembly polls next year.”

Even while cautiously acknowledging the possibility of the Marans’ argument that the case was being foisted to make the DMK unpopular ahead of the 2016 assembly elections in the state just as it was recovering from the actuality of the pending 2G cases, second-line party leaders say that the Marans had benefitted more from the party than the other way around, and do not deserve any more sympathy and support at its own electoral and political cost.

“It’s not that the DMK has not faced corruption charges and electoral travails in the past,” says a senior leader, “When the late M G Ramachandran broke away to form the rival All India Anna Dravida Munetra Kazhagam purely on personality issues and ego clashes with Karunanidhi, he too used corruption as the cause. But those have brought a bad name to the party and contributed in to its electoral downfall today are the people who have not added one more vote to the party’s kitty, nor will they ever be able to do so in my lifetime, if not theirs.”

According to him and others, “Though it is not justified legally or morally, in the past too, when some party leader was arraigned on corruption charges, at least there were others downstream who would have been said to have benefited from it. See who are getting arrested in the 2G scam and other corruption cases such as the Sun TV case? They are either rank outsiders, or corporate employees, both big and small.”

This, he points out, “Is not to belittle Karunanidhi’s contributions to the party’s growth and in even more particular, his contributions to make the movement’s socio-economic aspirations and agenda fulfilled for most parts -- while in power or not. But to let that pass on to the next generation(s) of his family members as if by birthright is just not right any more. It is more so if any one or all of them is/are charged with a crime with which the party has no connection whatsoever, and the party has to defend their wrongdoing and pay for it too -- politically and electorally.” 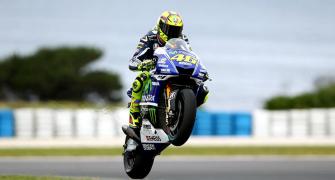 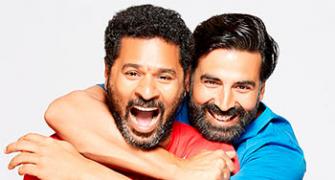 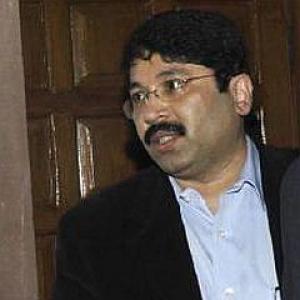