A security man was killed in an encounter after Maoists blew up part of the Hehegarha railway station and tracks in Jharkhand's Latehar district on Thursday on the second day of their two-day Bharat bandh. The gun-battle began at approximately 2 am, after nearly 100 armed Maoists bombed a portion of the railway station, killing security man Indra Dev Singh of the Jharkhand Jaguar Force, said the police.

The blast damaged the signal room, cabin and half of the main building of the railway station besides the up and down railway tracks, they said. The Maoists also blasted tracks between Lichitpur and Tetulmari railway stations in Dhanbad, said Senior Public Relations Officer (Dhanbad Rail Division) Amrendra Das.

The blast uprooted parts of the track, leading to important trains, including the Rajdhani Express, being held up before services were restored at approximately 9 am. Long-distance bus operators and trucks kept off the road disrupting the transport of minerals in several districts, according to reports.

The Maoists are observing the bandh in protest against the killing of their senior leader Azad in Andhra Pradesh. This is the sixth 48-hour bandh called by the Maoists in Jharkhand this year. 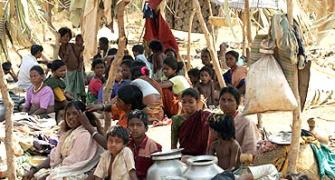 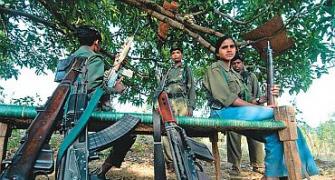 The Maoist challenge is complex and formidable