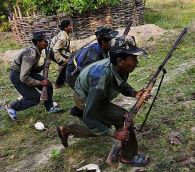 Over 150 armed Maoists Thursday carried out a daring attack on a Patna-bound train, killing three persons, including an Railway Protection Force jawan, and injuring five others in Bihar's Naxal-affected Jamui district before looting passengers and fleeing with weapons.

Around 150 Maoists forcibly stopped the train near Kunder Halt between Jamui and Mananpur railway stations, about 170 km from Patna, at 1320 hours and fired indiscriminately for about half-an-hour on the train and its passengers, Additional

The Maoists also looted weapons from two RPF personnel and later let the train go towards its onward journey, he said.

Two companies of CRPF have rushed to the spot to carry out a combing-cum-search operation against the Maoists who retreated into the forest after carrying out the daring daylight attack on the train, Jamui District Magistrate Shashikant Tiwari said.

The operations against the Maoists was being led by the Deputy Superintendent of Police Md. Abdullah, he said, adding blood stains have been found on various spots which pointed to injuries or casaulties among the retreating ultras.

The Maoists also detonated explosives to deter the security forces from chasing them, Tiwari said.

The DM said that prime facie it appeared that the Maoists attacked the train to loot passengers as also weapons from the RPF escort party.

Get Rediff News delivered into your Inbox.
Source: PTI© Copyright 2020 PTI. All rights reserved. Republication or redistribution of PTI content, including by framing or similar means, is expressly prohibited without the prior written consent.
Related News: Deputy Superintendent of Police, Vijay Prasad, Keul, Dhanbad-Patna Inter-City Express, Bihar
SHARE THIS STORY
Print this article 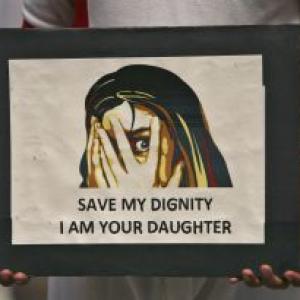 Delhi child rape case: Two sent to custody till May 23