Delhi Bharatiya Janata Party chief Manoj Tiwari put up a brave face even as exit polls predicted a sweep for the Aam Aadmi Party in the assembly polls, voting for which concluded on Saturday evening, claiming his party will win "48 seats" and form a government in the city. 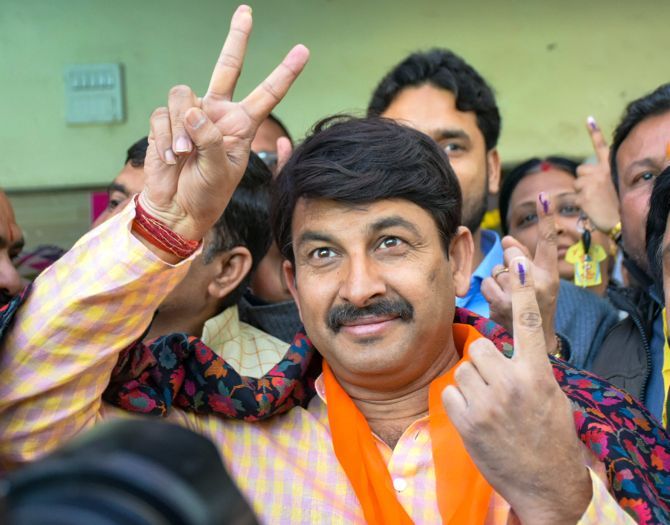 "Shah will meet the MPs and other leaders to get their feedback of the voting on the 70 Assembly seats," he said.

Tiwari tweeted all the exit polls will "fail" and asked his detractors to save his tweet.

"All these exit polls will fail. Save my tweet carefully. BJP will win 48 seats and form government in Delhi...please do not search excuses to blame the EVM," Tiwari asserted in his tweet in Hindi.

Shah and BJP president JP Nadda during the whirlwind campaign for the polls had claimed that the party will win more than 45 seats in Delhi.

Exit polls for the Delhi assembly election on Saturday predicted a comfortable victory for the ruling Aam Aadmi Party despite a likely rise in tally for the BJP in the 70-member House.

Times Now-Ipsos exit polls predicted that Chief Minister Arvind Kejriwal will retain his chair with the AAP winning 44 seats against 26 for the BJP.

TV9 Bharatvarsh-Cicero predicted 54 seats for the AAP, 15 for the BJP and one for the Congress.

The AAP had scored an overwhelming victory in the 2015 assembly polls, winning 67 seats and reducing the BJP to three.

'Kejriwal is not Rahul Gandhi'
The Reinvention of Arvind Kejriwal 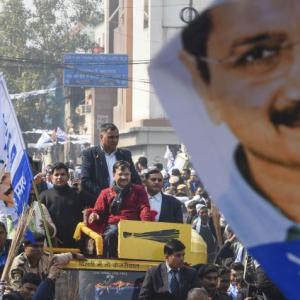