As former prime minister Manmohan Singh turned 88 on Saturday, greetings poured in from across the political spectrum with Congress leader Rahul Gandhi saying that India feels the absence of a PM with the "depth" of Singh. If anyone in public life alive today is deserving of the Bharat Ratna, it is "undoubtedly" Singh, said his party colleague P Chidambaram who served as finance minister and home minister under the United Progressive Alliance-I and II governments led by Manmohan Singh.

Manmohan Singh headed the UPA coalition governments between 2004 and 2014 and earlier as a finance minister under the P V Narasimha Rao government supervised the liberalisation of the Indian economy in the 1990s.

"Birthday greetings to Dr Manmohan Singh Ji. I pray to Almighty that he is blessed with a long and healthy life," Prime Minister Modi tweeted.

Former Congress president Rahul Gandhi wished Singh, saying, "India feels the absence of a PM with the depth of Dr Manmohan Singh. His honesty, decency and dedication are a source of inspiration for us all."

"Wishing him a very happy birthday and a lovely year ahead," Gandhi tweeted with the hashtag 'HappyBirthdayDrMMSingh'.

Stalin hailed Singh for his "visionary leadership & futuristic ideas", saying that they had been instrumental in establishing India's global prominence.

"Dr Manmohan Singh's life is an inspiration to us all. His humility, honesty and incredible intellect make him an exemplary leader," he tweeted.

"We thank him for his leadership during UPA years, for a robust economy, bringing lakhs of people out of poverty, working tirelessly in national interest," Rajasthan Chief Minister Ashok Gehlot said in his message.

Chidambaram wished the former prime minister many more years of good health and service to the nation.

"The story of Dr Singh's life is a story of the rise of a young boy from a humble background to the heights of public service armed only with one tool -- his education and scholarship," he said in a series of tweets.

The whole nation is proud of the life and service of Singh and holds him as an example for every young boy or girl, he said.

The Congress, on its official Twitter handle, said a dedicated leader's primary aim is always to eradicate the worst evils that plague the society in the soonest and surest possible way.

"Today, we celebrate former Prime Minister Dr Manmohan Singh's commitment towards the overall well-being of each Indian," the party said.

In his journey towards greatness, he took a billion people along, the Congress said in another tweet.

"One of the most competent world leaders, Dr Manmohan Singh's vision for our nation is uncompromising. India is forever indebted to this great son for leading her through highs & lows," the party tweeted. 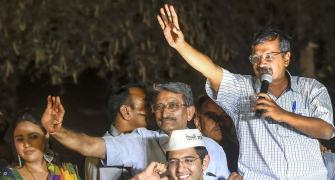 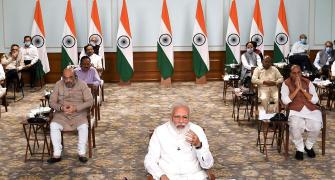 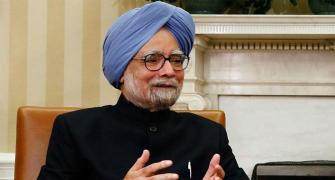