News
Business
Movies
Sports
Cricket
Get Ahead
Money Tips
Shopping
Sign in  |  Create a Rediffmail account
Rediff.com  » News » 'Manmohan asked me if he should resign after ordinance row'

'Manmohan asked me if he should resign after ordinance row'

After the Rahul Gandhi ordinance-trashing episode of 2013, the then prime minister Manmohan Singh asked Montek Singh Ahluwalia whether he thought he should resign, the former deputy chairman of the now-defunct Planning Commission says. Ahluwalia says he told Singh, who was then on a visit to the United States, that he did not think a resignation on this issue was appropriate.

In a major embarrassment to his own government, Rahul had denounced the controversial ordinance brought by the United Progressive Alliance dispensation to negate a Supreme Court verdict on convicted lawmakers.

He had termed it as "complete nonsense" that should be "torn up and thrown away".

Singh, while returning home from the US, had ruled out his resignation though he appeared piqued over the entire episode.

"I was part of the PM's delegation in New York and my brother Sanjeev, who had retired from the IAS, telephoned to say he had written a piece that was very critical of the PM. He had emailed it to me and said he hoped I didn't find it embarrassing," recalls Ahluwalia.

The article was widely reported in the media with reference to the author being Ahluwalia's brother.

"The first thing I did was to take the text across to the PM's suite because I wanted him to hear about it first from me. He read it in silence and, at first, made no comment. Then, he suddenly asked me whether I thought he should resign," Ahluwalia writes in his new book Backstage: The Story behind India's High Growth Years.

"I thought about it for a while and said I did not think a resignation on this issue was appropriate. I wondered then whether I was simply saying what I thought he would like to hear but on reflection I am convinced I gave him honest advice," he reasons.

The incident was still a hot subject of discussion when Singh returned to New Delhi.

"Most of my friends agreed with Sanjeev. They felt the PM had for too long accepted the constraints under which he had to operate and this had tarnished his reputation. The rubbishing of the ordinance was seen as demeaning the office of the PM and justified resigning on principle. I did not agree," Ahluwalia writes.

He argues that the incident highlighted an important fault line in the UPA.

"The Congress saw Rahul as the natural leader of the party and wanted him to take a larger role. In this situation, as soon as Rahul expressed his opposition to the ordinance, senior Congress politicians, who had earlier supported the proposed ordinance in the Cabinet and even defended it publicly, promptly changed their position," he says.

Ahluwalia, who served as one of India's senior economic policymakers for three decades, calls his book, published by Rupa, a travelogue of India's journey of economic reforms "in which I had the privilege of being an insider for 30 long years".

Ahluwalia, who played a key role in the transformation of India from a state-run to a market-based economy, presents the story behind the country's economic growth in the first half of the UPA's tenure as well as its achievements in poverty alleviation.

He also discusses the successes and failures of the UPA regime during which period he served as deputy chairman of the Planning Commission, a Cabinet-level position.

He mentions about the policy paralysis and allegations of corruption that came to mark the last few years of UPA 2. 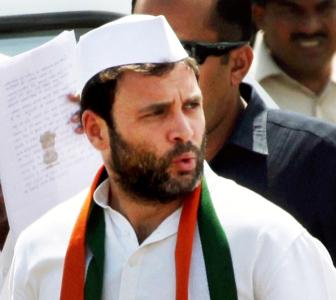 Rahul ABOVE ALL? PM likely to withdraw ordinance 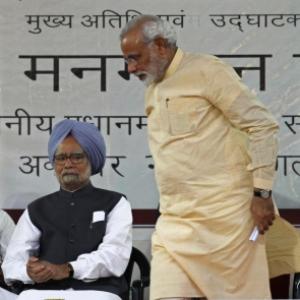 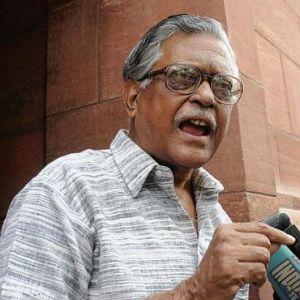