Man lynched on suspicion of cow smuggling in Alwar 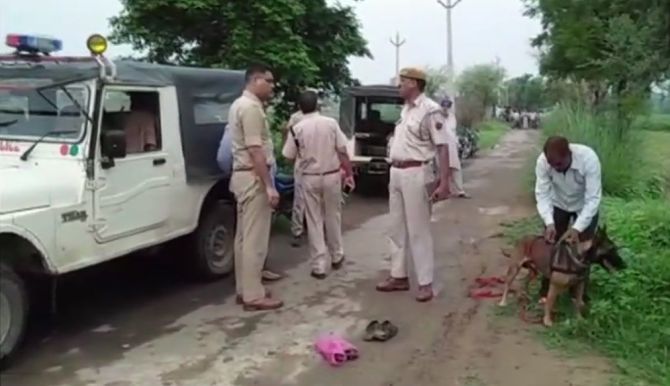 A man was allegedly lynched in Rajasthan's Alwar district by a group of people who accused him of smuggling cows, police said.

Akbar Khan, 28, and his friend Aslam were taking two cows to their village in Haryana through a forested area near Lalawandi in Alwar district on Friday night when five men attacked them, Ramgarh police station station house officer Subhash Sharma said.

They suspected that Khan was smuggling cows but the allegation is yet to be verified, Sharma said.

The opposition Congress called it a horrific incident, which comes a little over a year after another Muslim man, Pehlu Khan, was allegedly killed by cow vigilantes.

Akbar narrated the incident to policemen who arrived at the spot.

He died on the way to a government hospital in Ramgarh.

Akbar's family members have demanded quick action in the case.

"We want justice. The culprits should be arrested soon," his father Suleman said.

The police have registered a case of murder.

According to the victim's last statement, he was thrashed by five people, the official said.

Others involved in the attack will be arrested soon, he said at a press conference.

He said Khan and his friend Aslam had reportedly purchased the cows from Ladpur village and were taking them to Kolgaon in Nuh district in Haryana when they were beaten up.

Khan's friend Aslam escaped from the mob, and his statement was yet to be recorded, police said.

Prima facie, Khan died due to internal injuries and it was under investigation whether he and Aslam had any past record of cow smuggling, Priyadarshini said.

"The incident of alleged lynching of a person transporting bovines in Alwar district is condemnable. Strictest possible action shall be taken against the perpetrators," she said.

But opposition leaders criticised her government for failing to stop such attacks.

Congress general secretary Ashok Gehlot termed the incident “horrific”. He said the man was lynched despite the Supreme Court's warnings.

He said Union Home Minister Rajnath Singh's words in Parliament on Friday that it was the state governments' responsibility to stop incidents of mob lynching seemed even more hollow now.

Union minister Arjun Ram Meghwal said he condemns mob lynching but added that this was wasn't an isolated incident.

"You have to trace this back in history to know why does this happen and who should stop this? What happened with Sikhs in 1984 was the biggest mob lynching of this nation's history," he said, referring to the anti-Sikh riots that year.

In April last year, Pehlu Khan, a dairy farmer, was lynched by cow vigilantes in Alwar district when he was transporting cattle to his village in Haryana.

The mob suspected that Pehlu Khan was smuggling cows. He died two days after being attacked.

Also in Alwar district, 35-year-old mar Khan was found dead near the railway tracks in November. His family members alleged he was killed by cow vigilantes.

On Tuesday, the apex court said "horrendous acts of mobocracy" cannot be allowed to overrun the law of the land.

It had asked Parliament to consider enacting a new law to deal with incidents of mob lynching. 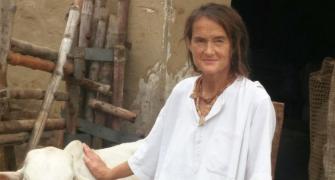