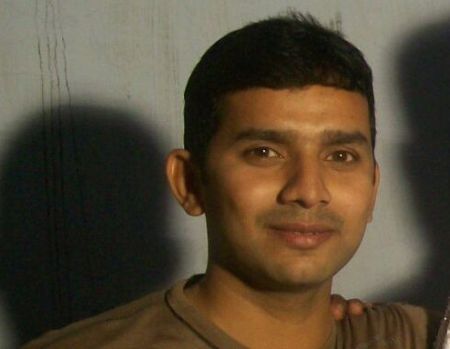 In a macabre incident, a 35-year-old man allegedly killed 14 of his family members, including his parents, wife and children among whom were two infants, by slitting their throats after sedating them and then committed suicide early on Sunday, police said.

Seven children, the youngest being his three month-old daughter, six women and the father of the accused, lay dead in a pool of blood.

The body of the man, Hasnen Anwar Warekar, was found hanging with a knife in his hand at his family's ground plus one-storey house in Kasarvadawali area here, they said, adding that one of the family members, who survived the gruesome incident, has been admitted to hospital.

Thane's Joint Commissioner of Police Ashutosh Dhumbre said Hasnen had called his three sisters and their children from Koparkhairne in Navi Mumbai and Mahapoli near Bhiwandi for a 'get-together', which he used to host frequently.

Hasnen, a commerce graduate who used to prepare Income Tax-related documents with a CA firm in Navi Mumbai, is suspected to have offered them drinks laced with sedatives following which he slit their throats.

According to police, Hasnen offered prayers at around 3 am at a mosque near his house. After returning home, he slit the throats of his family members one-by-one and then committed suicide by hanging himself

At around 5-5.30 am, the lone survivor of the incident, Hasnel's 22-year-old sister, Subiya Sojef Burmal, shouted for help from the window of the house, following which the neighbours gathered there and broke-open the window grill and pulled out the injured woman and admitted her to hospital. They also alerted the police.

"Hasnen slit the upper part of this sister’s throat, she survived the attack and screamed for help. The survivor’s in-laws, who were in the neighbouring house, heard her cries and tried opening the door, but it was locked from inside. The in-laws broke open the grill of a window on the ground floor and entered the house. It was then that the police was alerted of the incident," Dhumbre said.

The 14 bodies with throats slit were found lying at the ground and first floor and blood was seen everywhere in the house owned by the accused's family where they had been living for the last 10 years, police said.

Besides, Hasnen's body was found hanging from the ceiling with a knife dangling in his right hand, they said.

Dhumbre said the Hasnen's mobile phone and laptop have been seized to get clues regarding the murders.

"Prima facie evidence suggests that the accused bolted all the doors of the house and murdered his family while they were asleep with a knife. The accused then hung himself after killing his family. There were three rooms in the house, while he was in a room with his wife and two daughters on the first floor, his parents and sisters were in separate rooms on the ground floor," Dhumbre said.

While property dispute was suspected to be the reason behind the murders, the police officer said at this stage the motive could not be stated with certainty. He said blood samples, viscera and food samples collected from the house will be sent for forensic testing.

The bodies, meanwhile, have been sent for post-mortem to ThaneCivilHospital, police said.

In a related development, a news channel cameraman covering the incident at CivilHospital, where the bodies were taken, collapsed and died of heart attack, doctors said.

Deputy Commissioner of Police (Zone-1), Thane, Sachin Patil told reporters that offences under sections 302 and 309 of the IPC were registered with Kasarvadawali police in connection with the incident.

Police said that statement of the lone survivor, who is being treated at hospital for a wound in her neck, would be recorded when she is a proper state of mind and health.

Thane Civil Surgeon Dr B C Kempi Patil carried out post-mortem of bodies and some were also sent to the civic-run ChatrapatiShivajiHospital to speed up the autopsy process.

A close relative of the deceased, Liyakat Dhole, said the family was well-respected and the accused's father was a trustee of a durgah. He also said that the family had a huge property including a company, which was later sold-off.

Hasnen's close friend Jamir Patel, who had studied with him, said, "I did not expect him to do such a grave act. Something is wrong somewhere. I cannot digest that he has done such an act."

Police also said that they were trying to ascertain claims by Hasnen's neighbours that he had made an unsuccessful attempt to poison to death his family members some years back.

One of the relatives said that the family members were soon planning to go to Ajmer on a pilgrimage.

Some neighbours also claimed that he was well-versed with the procedure of 'kurbani' (religious ritual of sacrificing an animal), and that is why he meticulously slit the throats of family members.

Meanwhile, news channel cameraman Ratan Bhowmik, who was covering the incident at the CivilHospital, collapsed all off a sudden and died of heart stroke, doctors at the hospital said.