The Indian Army's military police and quick response team escorted Colonel Purohit out of the jail. 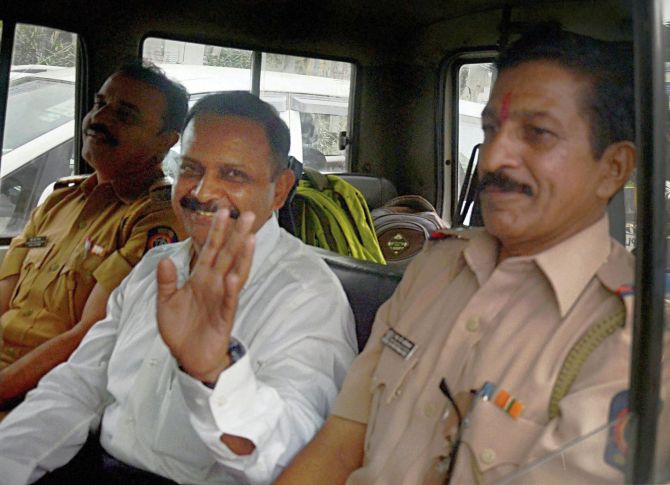 Having spent around nine years in prison, Lt.Col. Shrikant Prasad Purohit on Wednesday walked out of the Taloja jail in Navi Mumbai after being granted bail by the Supreme Court in the 2008 Malegaon blast case.

After coming out of the prison at around 10.45 am, he was taken in a car. A team of Military Police and Quick Response Team of the Army escorted Purohit to a military station at Colaba south Mumbai.

Soon after walking out of a jail, Lt Col Purohit, reported back to an army unit in Mumbai.

Army sources in Mumbai said he reported to the liasoning unit of the Army's Southern Command in Mumbai and is currently staying at an army establishment in the city.

They said Purohit, an officer from intelligence corp, is likely to go to his unit in Pune where he was working before his arrest in the Malegaon blast case in late 2008.

The sources said the Army headquarters will review his suspension from service after examining the court order.

During his stay in his unit, Purohit will be under various restrictions including his movement inside the unit.

The sources said the Army headquarters will study the Supreme Court's order granting him bail and accordingly a call will be taken on whether to revoke his suspension from service.

Asked about the escort provided to Purohit after he came out of the jail, the sources said he was given the protection considering possible security threat to him.

Purohit was in jail for his alleged role in the 2008 Malegaon blast case, in which the apex court granted him bail on Monday.

A bench of Justices R K Agrawal and A M Sapre had said that they were setting aside the April 25 order of Bombay high Court by which the bail was denied.

Six people were killed in a bomb blast on September 29, 2008 at Malegaon, a communally sensitive textile town in Nashik district of north Maharashtra.

Purohit was on Tuesday produced before the special National Investigation Agency court in Mumbai which is hearing the accused on framing of charges in the Malegaon blast case.

In the afternoon, Purohit's lawyers in Delhi approached the Supreme Court, seeking modification of bail conditions.

Purohit's lawyers then initiated the procedure for getting a release order, which the special NIA court issued in the evening.

Police on Tuesday escorted Purohit back to Taloja jail near Mumbai a little after 6.30 pm. An Army vehicle had reached there to take Purohit, but it left after realising that he may not come out as formalities for his release will take some more time.

On Wednesday, all the legal formalities were completed following which Purohit was released.

Purohit had said he wanted to rejoin the army as soon as possible.

"I want to wear my uniform. It is outermost layer of my skin. I am wedded to it. I am very happy to get back into the service of the best organisation in the country if not the world, the Indian Army," he told reporters outside a sessions court where had been brought for a hearing on framing of charges.

"I have two families -- the army and my family which includes my wife, my two sons, sister and mother. I cannot wait to return to them," he said.

The army didn't "let me down", said Purohit.

While granting bail to Purohit two days back, the apex court said there were "material contradictions" in the charge sheets filed by the Anti-Terrorism Squad Mumbai and the National Investigation Agency, which are required to be tested at the time of trial, and it cannot pick or choose one version over the other. 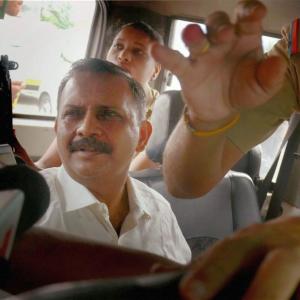 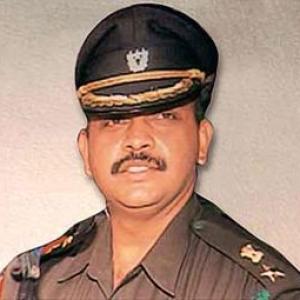