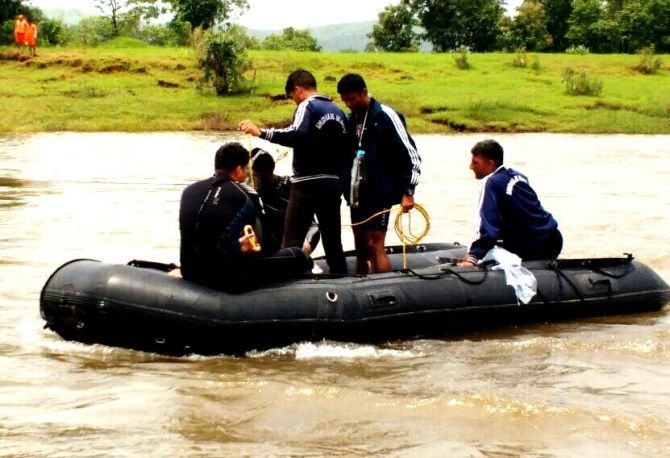 Navy divers on Sunday, the 11th day of search operation found the wreckage of a washed away SUV and recovered two bodies trapped inside it, taking the death toll in the Mahad bridge collapse to 28 even as 12 people are still missing.

The sport utility vehicle was found around 300 metres away from the accident site in Mahad on the Mumbai-Goa Highway in adjoining Raigad district.

An official from Maharashtra Government’s Disaster Management Cell said, “A missing Tavera has been found around 300 metres from the collapsed bridge. Bodies of two males were found trapped inside the mangled car.”

With this, the death count in the August 2 night tragedy has gone up to 28, while 12 people are still missing.

Suhas Diwase, Director of Disaster Management Cell, said the number of missing persons now stood at 12 and the search, jointly conducted by the National Disaster Response Force, navy and locals, will be intensified in the coming days.

Naval divers on Saturday located the wreckage of the second state transport bus, which was washed away in the turbulent Savitri river near Mahad after the British-era bridge collapsed. Two buses of Maharashtra State Road Transport Corporation and a few private vehicles were washed away after the bridge crashed amid heavy rains.

The decades-old structure on Savitri river was to be dismantled in December this year as part of the Mumbai-Goa Highway expansion project.

On Thursday, the wreckage of a Rajapur-Borivali (Mumbai) MSRTC bus was retrieved about 170-200 metres from the accident spot.

The state government has announced a compensation of Rs 14 lakh each to the kin of deceased travelling in the MSRTC buses and Rs 10 lakh each to the family of the deceased in other vehicles involved in the tragedy.

Image: Naval divers on the lookout for the missing wreckage after the Mahad bridge collapsed. Photograph: @SpokespersonMoD/Twitter 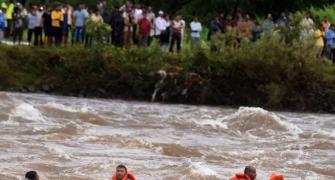 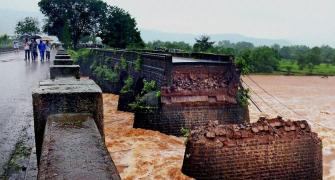 Mumbai-Goa highway bridge too old: Britain had warned state in 2013 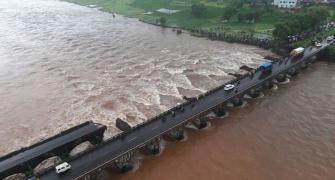 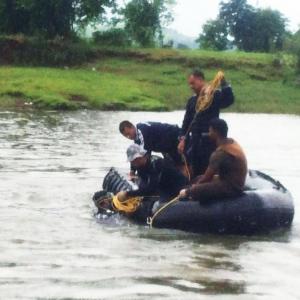 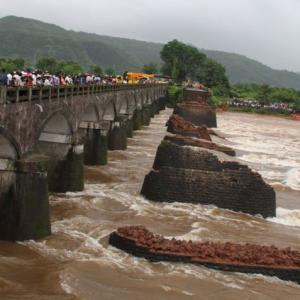 Ill-fated Mahad bridge was to be razed in December