The death toll of the last week's rain-related incidents in Maharashtra rose to 213 on Wednesday with the worst-hit Raigad district alone accounting for nearly 100 fatalities, the state government said. IMAGE: NDRF personnel help the locals return to their village as the water level at Shivaji bridge recedes, in Kolhapur on Tuesday. Photograph: ANI Photo

Heavy rains triggered massive floods and landslides in many parts of Maharashtra, especially in the coastal Konkan and the western districts, since July 20.

Of 213 deaths, the maximum 95 were reported in Raigad district, followed by 46 in Satara, 35 in Ratnagiri, 15 in Thane, seven in Kolhapur, four in Mumbai, three in Pune, four in Sindhudurg and two each in the eastern Maharashtra's Wardha and Akola districts, said a statement issued by the disaster management department.

Eight people are still missing while 52 injured persons are being treated at various government and private hospitals, it said.

Most of the deaths in Raigad, Satara and Ratnagiri districts were caused by landslides, while floods claimed many lives in Kolhapur and Sangli.

Since June 1, as many as 300 people have died in rain-related incidents in Maharashtra, the statement said.

A total of 61,280 domesticted animals also perished in the floods, most of them in Sangli, Kolhapur, Satara and Sindhudurg districts.

Heavy rains in the Sahyadri range led to swelling of rivers flowing through Satara, Sangli and Kolhapur districts, forcing evacuation of people.

The Sangli district in Western Maharashtra did not receive heavy rainfall, but discharge of water from the Koyna dam resulted in the Sangli city and several villages getting inundated. 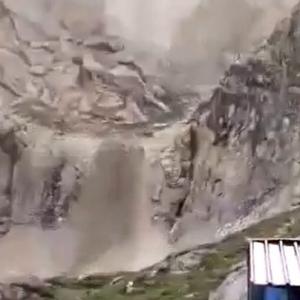 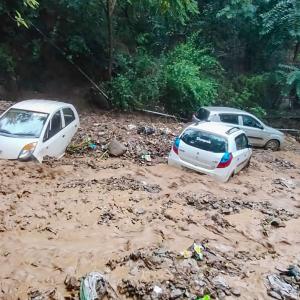