As Maharashtra political crisis deepens, floor test back in focus

The approval by Maharashtra assembly Deputy Speaker Narhari Zirwal to appoint Ajay Choudhary as the Shiv Sena's group leader in the House in place of rebel leader Eknath Shinde may expedite the need for the ruling coalition to prove its majority through a floor test, feels a constitutional expert. 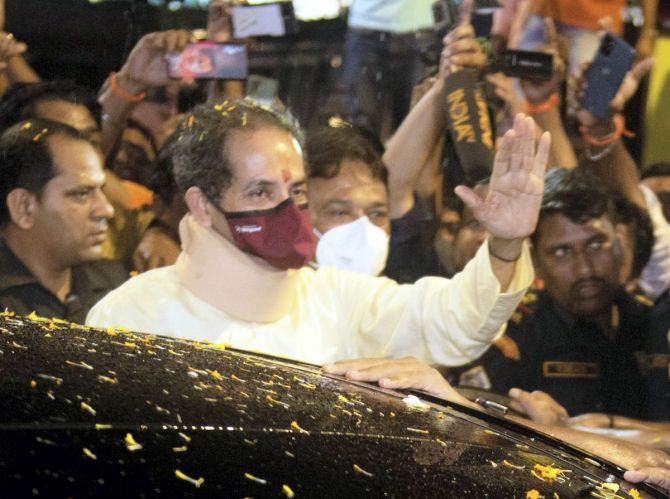 Talking to PTI, former Maharashtra advocate general Shrihari Aney said the group of rebel MLAs led by Shinde can assert that it doesn't support the present Maha Vikas Aghadi (MVA) government (comprising the Sena, the Nationalist Congress Party and the Congress), and that the dispensation has lost majority, which will result in a no confidence motion.

"The decision of the Assembly Deputy Speaker to approve the appointment of Choudhary as the Shiv Sena group leader in the House replacing Shinde may have a precipitory effect by hastening the process of a vote of no confidence," he said.

The Sena-led MVA government is likely to state that it has numbers to prove its majority and call for a trust vote, he said.

Aney said the process of a floor test will begin once it is completely established that the rebel group has the necessary numbers.

"Once it is established, it will indicate that the MVA has lost majority. The rebel group along with the BJP may stake claim to form the government, following which the governor will ask for a floor test," he said.

He said the question of who the real Shiv Sena is and who the claimant of the bow and arrow symbol is cannot be decided by the Election Commission of India (ECI).

"The commission just registers a political party and allots a symbol," Aney said.

Shinde has asserted that he heads the real Shiv Sena and is set to apply for staking claim for the party symbol. This will be opposed by the Uddhav Thackeray faction, he added.

He said the 2/3rd split in a political party, to avoid disqualification of MLAs, should happen in the legislature party and not the original party since membership there runs into lakhs and difficult to ascertain a vertical split.

The BJP has 106 MLAs of its own and is backed by one lawmaker each from the Raj Thackeray-led Maharashtra Navnirman Sena, the Swabhimani Paksh, the Rashtriya Samaj Paksh, the Jan Surajya Party and six independents, taking its tally with allies to 116.

The Shiv Sena on Tuesday removed Shinde as the party's group leader in the assembly and appointed Choudhary in his place hours after Shinde went incommunicado and travelled to Surat with a group of party MLAs loyal to him.

Shinde is currently camping in Guwahati city of Assam with a section of Sena MLAs and independent legislators.

He said he has 46 MLAs supporting him. 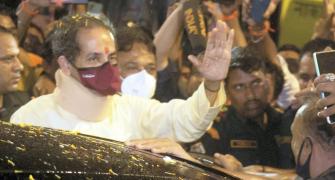 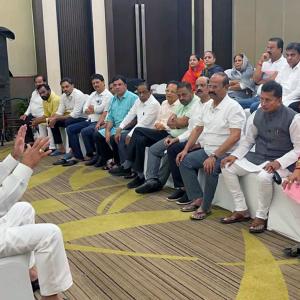 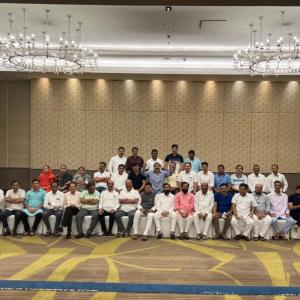