In its first comments on the sexual harassment allegations against Akbar, the BJP said the minister has given his version on the row and that it is not about whether the party agrees or disagrees with him. 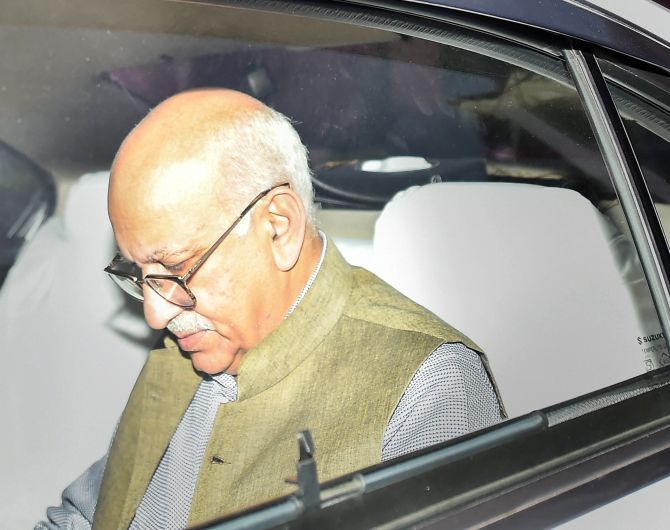 Union minister M J Akbar on Monday filed a private criminal defamation complaint in a court in Delhi against journalist Priya Ramani, who has accused him of sexual misconduct around 20 years ago, alleging she "wilfully" and "maliciously" made imputations against him with the ulterior motive of maligning his reputation and political standing.

The minister of state for external affairs filed the plea in the Patiala House district courts through law firm Karanjawala & Co and the 'vakalatnama' names 97 lawyers, who have been authorised by Akbar to represent him.

"The accused (Ramani) has made false, derogatory and malicious imputations against the complainant (Akbar), in order to defame him, with the sole ulterior motive of maligning the reputation and political standing of the complainant, in furtherance of her own vested interests and underlying agenda," the BJP minister said in his complaint which sought her prosecution for the offence of defamation under the Indian Penal Code.

Reacting to Akbar's step, Ramani said in a statement that she is ready to fight the defamation allegations.

She alleged that "rather than engage with the serious allegations that many women have made against him, he (Akbar) seeks to silence them through intimidation and harassment".

Akbar's plea, which is likely to come up for hearing during the week, listed alleged defamatory imputations made by Ramani on social media and also referred to the "long and illustrious" career of Akbar as a journalist while terming the allegations of Ramani as a "figment of her imagination".

"Whilst it is apparent that the accused has resorted to a series of maliciously serious allegations which she is diabolically and viciously spreading in media, it is also apparent that false narrative against the complainant (Akbar) is being circulated in a motivated manner for the fulfilment of an agenda," it alleged.

It termed as "scandalous" the allegations made by Ramani against Akbar and said "very tone and tenor" are "ex-facie defamatory" and they have not only damaged his goodwill and reputation in his social circle but also affected Akbar's reputation in "the community, friends, family and colleagues" and caused "irreparable loss" and "tremendous distress".

It claimed that the woman journalist, while putting forward the allegations relating to incidents which allegedly occurred 20 years ago, "intentionally put forward malicious, fabricated, and salacious imputations to harm the reputation of the complainant".

"The conduct of the accused person, of not taking any action before any authority, qua the alleged incident against the complainant also clearly belies the sanctity of the article and allegations made by the accused person, which evidently goes on to prove that the said defamatory articles are only a figment of her imagination," it said. 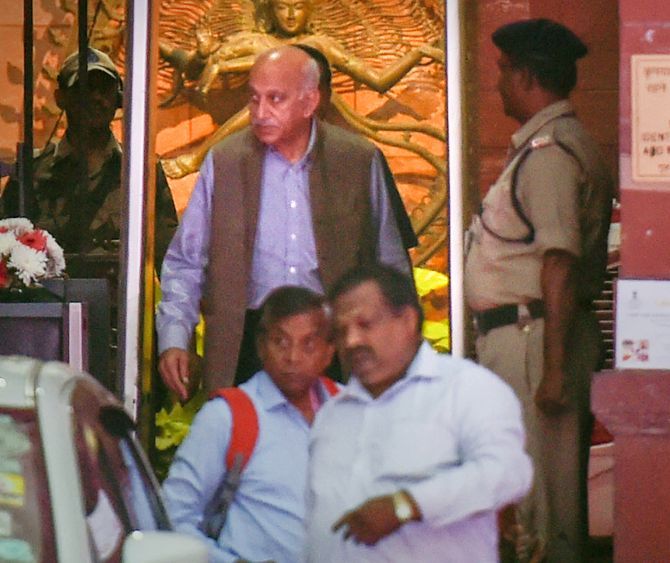 The complaint, filed through advocate Sandeep Kapur, seeks issuance of notice and prosecution of Ramani under Section 499 (defamation) of the IPC.

Section 500 of the IPC provides for the sentence for the offence of defamation and an accused may be awarded two-years jail term or fine or both in the event of conviction.

Ramani said Akbar was seeking to "silence" the survivors through "intimidation and harassment".

"I am deeply disappointed that a Union minister should dismiss the detailed allegations of several women as a political conspiracy," Ramani said in a statement.

"By instituting a case of criminal defamation against me, Akbar has made his stand clear: rather than engage with the serious allegations that many women have made against him, he seeks to silence them through intimidation and harassment," she added.

"Needless to say, I am ready to fight the allegations of defamation laid against me as truth and the absolute truth is my only defence," Ramani said.

She added that those who had spoken up against Akbar had done so at great risk to their personal and professional lives.

"At this moment, it is disingenuous to ask why they have spoken now, as we are well aware of the stigma and shame that sexual crimes inflict upon victims. Rather than cast aspersions on the intent and motives of these women, we must reflect on how to improve the workplace for future generations of men and women," the journalist said.

In its first comments on the sexual harassment allegations against Akbar, the Bharatiya Janata Party said on Monday that the minister has given his version on the row and that it is not about whether the party agrees or disagrees with him.

BJP Spokesperson G V L Narasimha Rao -- who is a member of the Ranya Sabha as is Akbar -- was asked at a press conference if the ruling party agrees with Akbar on his statement on the allegations levelled against him by several women.

"It is not about agreeing or disagreeing. He has presented his version," Rao said. 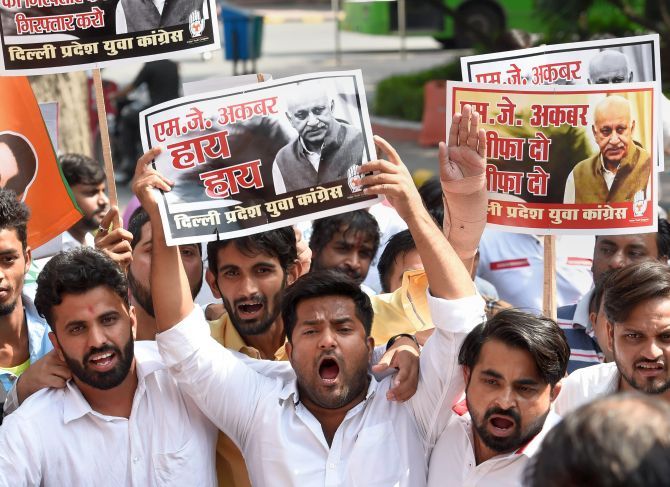 The minister had on Sunday rejected the allegations as 'false, fabricated and deeply distressing' and said he was taking appropriate legal action against his accusers.

BJP leaders and spokespersons had maintained a studied silence on the issue amid an increasing demand for the minister to resign.

'The Indian Youth Congress is protesting against M J Akbar for his sexual misconduct and harassment of journalists. As many as 10 female journalists have come forward and detailed sexual harassment by him,' a statement issued by the outfit said.

Akbar's name had cropped up in the social media campaign #Metoo against alleged sexual harassment when he was in Nigeria.

Hours after returning from the Africa trip, Akbar had termed the allegations of sexual harassment levelled against him by several women as "false, fabricated and deeply distressing" and said he was taking appropriate legal action against them. 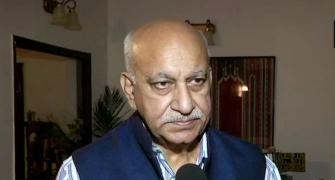