Jumping parties did not augur well for 'turncoats' as most of the 76 such prominent candidates are facing defeat in their respective seats, according to Election Commission data. 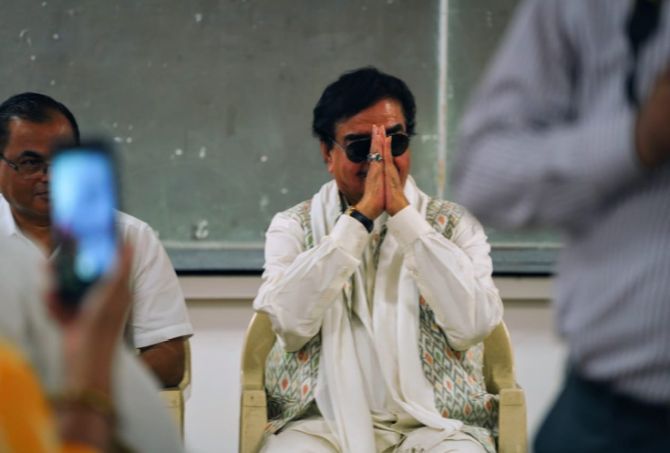 Actor-politician Shatrughan Sinha, who joined the Congress ahead of the Lok Sabha election, lost to Union minister Ravi Shankar Prasad from Patna Sahib constituency in Bihar by 2.84 lakh votes.

In nearby Madhepura, former Janata Dal-United leader Sharad Yadav, who joined the Rashtriya Janata Dal before the polls, was lagging by over 3 lakh votes from Dinesh Chandra Yadav of the JD-U.

Tariq Anwar, who switched from Sharad Pawar's Nationalist Congress Party to the Congress, lost by over 57,000 votes from Katihar from D C Goswami of JD(U).

Cricketer-turned-politician Kirti Azad is trailing from Dhanbad by over 3.99 lakh votes. He had joined the Congress from the BJP.

Son of former Union minister Jaswant Singh, Manvendra Singh, who contested on a Congress ticket from Barmer, lost by about 3.23 lakh votes from Kailash Choudhary of the BJP.

Meanwhile, Bhojpuri actor Ravi Kishan Shukla, who had contested on s Congress ticket in the last general elections but joined the BJP ahead of the Lok Sabha polls, won Gorakhpur seat with a margin of over 3 lakh votes.

Sujay Vikhe Patil, son of senior Congress leader Radhakrishna Vikhe Patil, had switched to the BJP from Congress. He is ahead by over 2.77 lakh votes in Ahmednagar constituency of Maharashtra.

Suresh Dhanorkar, who joined the Congress from the Shiv Sena, is ahead by over 51,000 votes against sitting BJP MP Hansraj Gangaram Ahir in the Chandrapur seat from the state.

In Nanded, Pratap Chikhalikar, who crossed over from Shiv Sena to the BJP, is leading against state Congress chief Ashok Chavan by about 40,000 votes.

Baijayant Panda who was expelled from the BJD and is contesting from Kendrapara on a BJP ticket, is lagging behind by over 1.07 lakh votes.

Former Union minister Panabaka Lakshmi, who changed sides from the Congress to the TDP is trailing by 2.24 lakh votes in Tirupati Lok Sabha seat.

Among other major turncoats, AAP candidate Dharamvira Gandhi is trailing from Patiala in Punjab.

Babu Katara of Congress, who had switched from the BJP and is contesting from Dahod, is also trailing.

In West Bengal, nearly 10 out of 18 turncoats are staring at defeat as counting draws to a close.

Paresh Adhikary and Mafuja Khatun, former MLAs of Forward Bloc and CPI-M, contested on TMC and BJP tickets, respectively. They are trailing in Coochbehar and Jangipur Lok Sabha seats.

Anupam Hazra and Mausam Noor, former MPs of TMC and Congress, fought the polls on BJP and TMC tickets, respectively. They are trailing in Jadavpur and Malda North Lok Sabha seats, respectively. 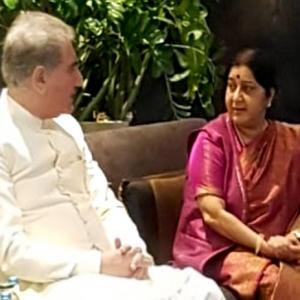