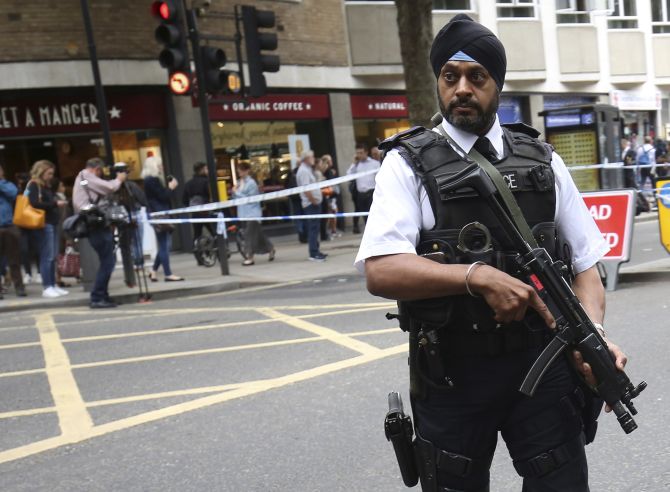 The 19-year-old Norwegian national of Somali-origin, who is in police custody on charges of murder after going on a knife rampage in London, has been described as a “quiet, nice” schoolboy and initial probe indicate that tragic incident was triggered by mental health issues.

Zakaria Bulhan is yet to be officially named by Scotland Yard but British media reports confirm the London schoolboy as the suspect being held over the murder of 64-year-old American retired teacher Darlene Horton.

A schoolmate, who went to Graveney School in Tooting, south London, with Bulhan told ‘Daily Mirror’: “It’s one of the most shocking things I have ever heard.

No-one would have expected that he would turn out like that.

“He was a quiet, nice kid who had banter with people. He was just a nice kid. I have seen some reports that say he was bullied but it was just banter - he gave back as good as he got. It was a two-way thing.”

Norwegian Police said in a statement that the suspect had emigrated from Norway to the UK in 2002 and they were assisting London police.

Scotland Yard had searched addresses in north London and another in south London and concluded that mental health issues were the most likely cause of the “random attack”.

After an initial indication that terrorism was one line of inquiry, the force confirmed that there was no evidence of radicalisation or anything to suggest the attack was “in any way motivated by terrorism”.

“Whilst the investigation is not yet complete -- all of the work that we have done so far, increasingly points to this tragic incident as having been triggered by mental health issues,” Metropolitan police assistant commissioner Mark Rowley said.

“So far, we have found no evidence of radicalisation or anything that would suggest the man in our custody was motivated by terrorism,” he added.

A British man who suffered a stab wound to his stomach in the attack at Russell Square, near the British Museum, remains in hospital in a “serious but stable” condition while an American man, an Australian man and Australian woman, and an Israeli woman were all discharged after receiving treatment for their injuries.

Horton, who died at the scene, was set to return to Florida on Friday with husband Richard Wagner, a psychology professor at Florida State University, after he completed his summer classes on the day of the attack.

It is understood that university officials have flown to London to support him.

Florida State University president John Thrasher said: “There are no words to express our heartache over this terrible tragedy”.

The Met police said there is an increased police presence in the area popular with tourists, which will remain in place for some time.

Image: An armed police officer attends the scene of a knife attack in Russell Square in London. Photograph: Neil Hall/Reuters 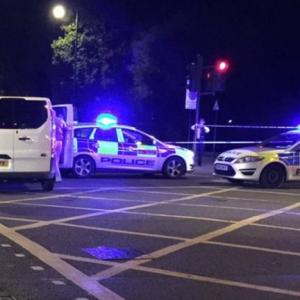