The Juna Akhara, one of the largest sects of seers in the country, announced the end of its participation in the Kumbh Mela on Saturday, hours after Prime Minister Narendra Modi's  appeal that participation in the ongoing gathering in Haridwar be kept symbolic in view of the surge in coronavirus cases. “The people of India and their survival is our first priority. In view of the outbreak of the coronavirus pandemic, we have duly immersed all the deities invoked on the occasion of Kumbh. This is the formal immersion-conclusion of Kumbh on behalf of Juna Akhara,” Swami Avadheshanand Giri, the mahamandaleshwar of the Juna Akhara, said in a tweet in Hindi.

An enclosed note signed by Giri, Juna Akhara patron Hari Giri and secretaries Mahant Mohan Bharti and Mahant Mahesh Puri, said the decision to immerse the Kumbh deities had been taken in public interest after consultations with other seers of the Akhara.

"Immersing the deities, we also pray to all teertha and siddhapeeth and declare the immersion of Haridwar Kumbh Mela, 2021," it said.

The ongoing Kumbh Mela has been at the centre of controversy amid fears that it could be a super spreader event with lakhs of devotees attending the event as the second wave of the coronavirus surges uncontrollably.

Stating that “faith was a big thing but human lives were more important”, the head of the Juna Akhara earlier in the day appealed to people to attend the Kumbh Mela in limited numbers in view of the surge in Covid-19 cases.

"We must all realise that the strain of coronavirus was not as aggressive or fatal earlier as it is at present. So my appeal to the emotional devotees is that they should attend the Kumbh fair in limited numbers," he told reporters in Haridwar.

The mahamandaleshwar of one of the oldest sects of seers also appealed to sadhus to keep their participation in the event symbolic in order to save others' lives.

He especially advised elderly people, pregnant women and children to avoid coming to the fair and stay safe.

Giri earlier noted that the Kumbh Mela is “already towards its fag end, with the two major ‘shahi snans' being over”.

“One ‘shahi snan' remains in which traditionally only Bairagi seers participate. Others have only symbolic representation.

“The Bairagi seers must have their ‘shahi snan’. The administration is committed to organise it. But my personal appeal is things should be kept limited and symbolic for the sake of humanity," the seer said.

Giri on Saturday also defended Niranjani Akhara which had recently announced that the event was over for them.

"... they perhaps meant to say that the two major ‘shahi snan' had been concluded and the one that remains is attended mostly by Bairagi seers with only a symbolic representation by other akharas,’ he said.

The Juna Akhara mahamandaleshwar also asserted that seers of his akhara are following all Covid-19 norms.

"The number of seers from our Akhara undergoing Covid-19 test is the highest, out of which, only one or two have tested positive and the rest are all negative. I have had myself tested for Covid-19 12 times," he said.

A total of 1,701 people had tested positive for Covid-19 in the Haridwar Kumbh Mela area from April 10 to 14, confirming fears that one of the world's largest religious gatherings may contribute further to the rapid rise in coronavirus cases.

A majority of the 48.51 lakh people who took part in the last two royal baths (‘shahi snan’) held on the occasion of Somwati Amavasya on April 12 and Mesh Sankranti on April 14 were seen openly violating Covid-19 norms like wearing of face masks and social distancing.

President of Akhil Bharatiya Akhara Parishad, Mahant Naredra Giri, was admitted to AIIMS, Rishikesh, after testing positive for the disease last week. Mahamandaleshwar of Maha Nirvani Akhara from Madhya Pradesh, Swami Kapil Dev, who was under treatment for Covid-19 at a private hospital in Dehradun, died on April 13. 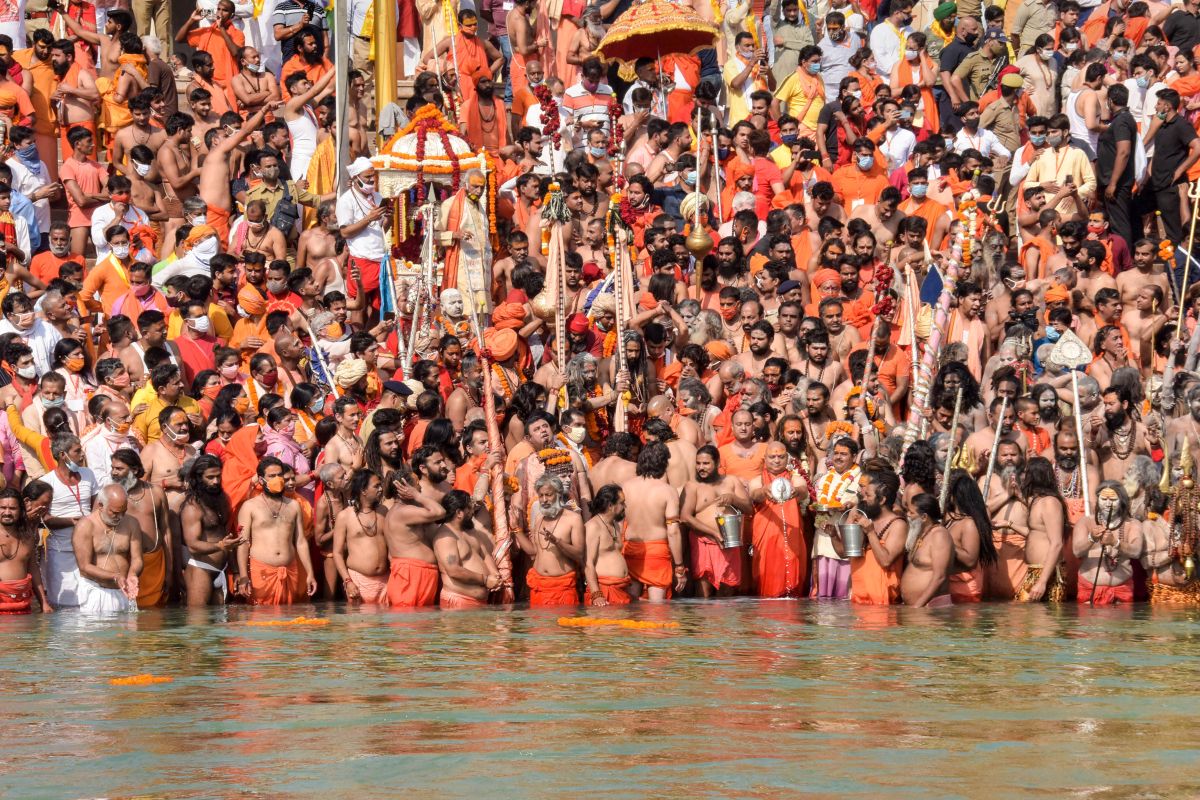 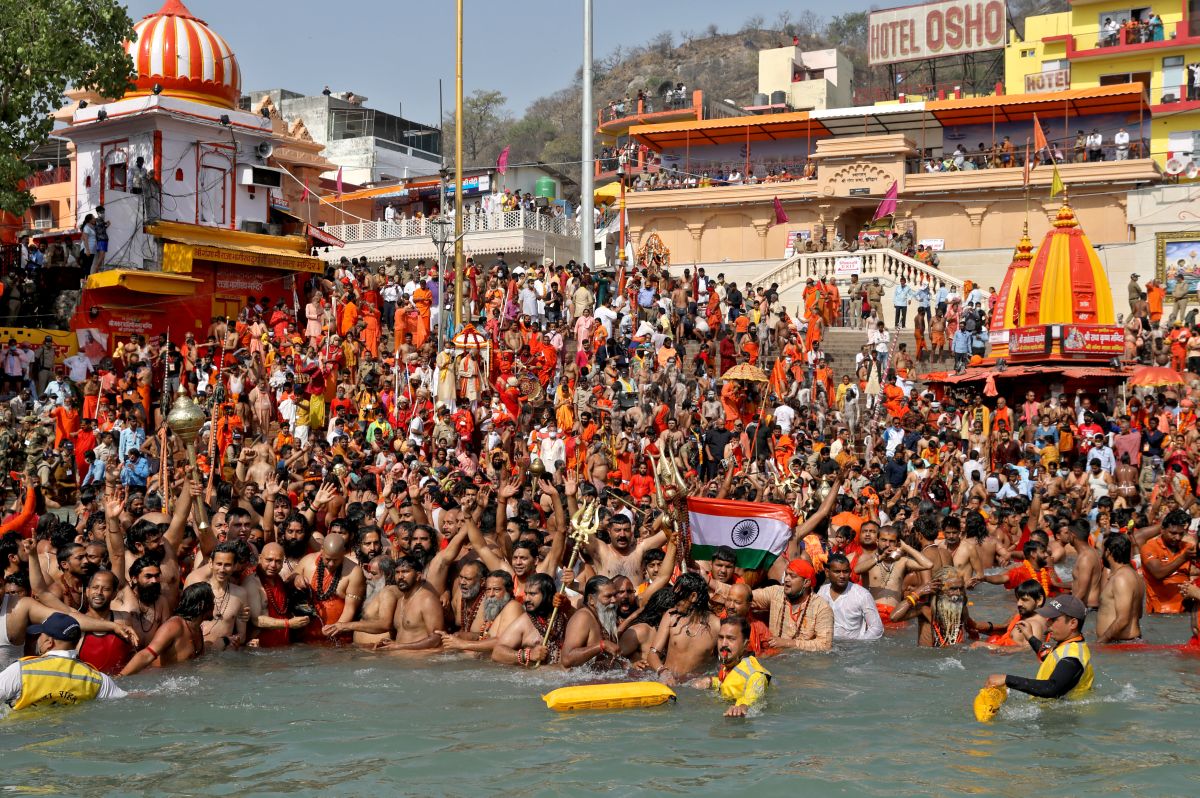