A day after the blast near the Israeli embassy, the Delhi police has asked for details of all Iranians, including Iranians settled overseas, who have come to the national capital through the Foreigner Regional Registration Office. Last one month's details in this regard have been sought from the FRRO, according to the latest inputs available from the Delhi police.

So far details of those who stayed in hotels are being gathered.

"FRRO officials have been asked to give details of all Iranians or Iranians settled overseas who have come to Delhi. Past one month's details have been sought," a source from Delhi police told ANI.

A letter addressing Israel Ambassador to India Ron Malka is among the significant findings in the low-intensity explosion that took place near the embassy of Israel on Dr APJ Abdul Kalam Road in the national capital on Friday evening.

Sources from Delhi police revealed that in the letter, Friday's explosion has been referred to as a 'trailer'.

The killing of two Iranians has also been mentioned in the letter.

"This is a trailer. We can end your life, anytime, anywhere. Iranian martyr.." the letter reads.

The two names mentioned as martyrs in the letter are --Qasem Soleimani (Iranian military officer who served in the Islamic Revolutionary Guard Corps and was killed in a US airstrike in January 2020) and Mohsen Fakhrizadeh (Iranian nuclear scientist assassinated in November 2020).

No injuries were reported in the explosion. Windscreens of several cars parked in the vicinity of the Embassy were found damaged.

The explosion took place not far from Vijay Chowk, where several VVIPS including President Ram Nath Kovind, Prime Minister Narendra Modi were in attendance during the 'Beating Retreat' ceremony. 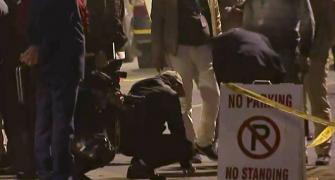 Delhi blast could be a 'terror attack': Israeli envoy 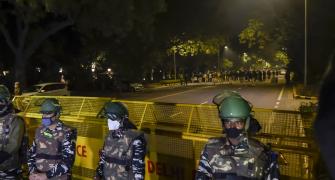 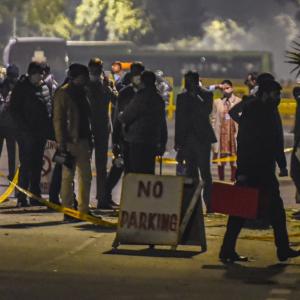