Delhi blast could be a 'terror attack': Israeli envoy

A day after a blast outside its embassy in New Delhi, Israel's ambassador to India Ron Malka said there are enough reasons to believe it was a terrorist attack but they are not surprised at the event as the alert level had been increased for past few weeks following intelligence inputs. In an interview with PTI, he also said the investigations will look into all possible angles, including whether there are any links to the 2012 attack on Israeli diplomats here while events around the world are also being examined to find any related operations or activities at any destination.

"These attacks by those seeking destablisation in the (West Asia) region cannot stop us or scare us. Our peace efforts will continue uninterrupted," he said when asked whether the attack was aimed at derailing Israel's peace efforts with various Arab countries.

He said Israeli authorities and the embassy are providing all assistance and every information Indian authorities probing the attack.

A low-intensity improvised explosive device went off near the Israeli embassy in the heart of Delhi on Friday evening but no one was injured.

Some cars were damaged in the blast that occurred about 150 metres away from the Embassy in Dr APJ Abdul Kalam Road in the very high-security Lutyens' bungalow zone.

An envelope addressed to the Israeli embassy and containing a note, purportedly linking the blast to Iran, was also found at the site of the blast.

Initial investigations revealed that the IED was planted in a flower pot on the median near Jindal House on APJ Abdul Kalam road outside the Israeli embassy.

Besides, it coincided with the day when India and Israel marked the completion of the 29th anniversary of the establishment of their diplomatic relations.

Asked whether Israeli agencies will join the probe, Malka said a kind of cooperation and collaboration is taking place, but the probe is mostly being done by Indian authorities as it happened on Indian soil.

"But of course, whatever assistance we can provide, whatever we can share, we will do that," he said.

On the envelope recovered from the site hinting at a possible Iranian link, Malka said, "You need to understand that the investigation is still in early stages, so it is not appropriate to talk about anything that might harm the investigation."

He said it won't be fair for him to talk about any specific detail regarding the investigation or other inputs relating to the probe.

"But what I can tell you is that we are collecting all the information and putting all pieces of evidence together and building the puzzle. Eventually, I think we will understand it all and the picture will be clear and we will get to know who is behind this evil attack," the Israeli envoy said.

On whether the embassy has provided its own CCTV footage to the probe team, Malka said, "We are collecting any evidence, any piece of information that can be useful. Whether there are eyewitnesses, CCTV as you mentioned, whatever we can gather, any piece of information, we are collecting everything that can shed more light on what happened. We are making all the efforts."

Official police sources said investigators probing the blast have not come across "anything concrete" yet as most of the CCTV cameras near the site of the explosion were "non-functional" at the time of the incident.

An investigation team of Delhi Police's Special Cell had earlier in the day visited the site to collect more evidence, sources said, adding that it managed to get access to footage from some of the CCTV cameras in the area.

One CCTV footage showed a vehicle moving suspiciously near the embassy just before the explosion.

Asked about reports about an entity called 'Jaish ul Hind' claiming responsibility and whether the attack was aimed at derailing Israel's peace efforts with various Arab countries in recent months, Malka said, "Our assumption as of now is that we have enough reasons to believe that this was a terrorist attack targetted at Israeli Embassy in New Delhi."

He said all possible angles on who could be behind the attack are open.

"For example, you have to take into consideration that yesterday, exactly when this evil attack was conducted, we celebrated the 29th anniversary of the establishment of full diplomatic relations with India. It has been 29 fruitful and rewarding years of collaboration," he said.

The Israeli envoy said the attack happened on the day when they were celebrating the rapidly growing relations with India.

"Is it a coincidence or is it not? Who knows that, but of course this is an option being probed. Also, we are examining events and incidents around the world at some destinations whether there was some kind of operations elsewhere also targetted at Israel. All of that is being looked into," he said.

Malka said that there was "a high alert for a few weeks" and therefore they are not surprised.

Diplomats and Israeli representatives around the world are targets of our enemies. So we always have our precautions and take necessary steps based on our own guidelines and the security procedures that we follow. This time we had increased the level of alert, so we were very much prepared and secure and protected," he added.

On whether there could be any link to the 2012 attack on Israeli diplomats in Delhi, he said that line of investigation is also being examined to ascertain whether there is any pattern, any connection or any dots are there to be connected.

"Yes, I am sure this (angle) is also being investigated. But as I said this is still an early stage of investigation and therefore we need to be careful and we will keep all the options open until we know for sure that we can cancel any option or we can focus more on one of them. But it is still too early for that," he said.

In February 2012, a motorcycle rider had attached an explosive device to the back door of the diplomat's car from behind. One embassy staff member, a local employee and two passers-by had got injured in that attack.

At almost the same time, a bomb was also found beneath an Israeli diplomat's car in Georgia and was defused.

Asked whether Israel will continue with its peace efforts with the Arab world despite such attacks, he said, "Surely, we will. The history shows that this kind of events not only fails to stop us, they strengthen us and we will be growing more rapidly."

"We will continue thriving and forging new ties and advancing peace and stability in the region. So of course, all our achievements are for more stability, more collaboration, more friendships. We are not afraid of those who want destabilisation.

"We understand that our enemies want destabilisation but they are not going to stop us or scare us. We are going to continue, as we have done till now," he said. 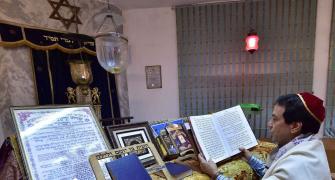 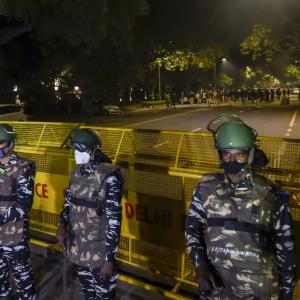 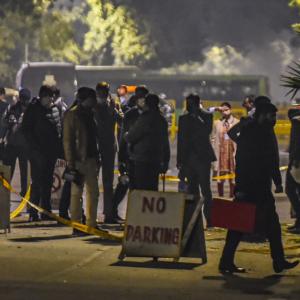